(RightWing.org) – With far-left groups planning mass demonstrations unless Joe Biden scoops a clear victory, fears of unrest in the aftermath of next week’s election are pushing people to take extreme measures to protect themselves, their families and their property.

For some wealthy New Yorkers, that means hiring extra security guards, including off-duty police. The Washington Post reported that residents of the city’s most exclusive districts are gearing up for violence and looting when the results come in.

In fact, the owners of multimillion-dollar apartments and townhouses are leaving nothing to chance.

New York real estate agents say their wealthiest clients are being advised by the NYPD to take extra precautions. One Realtor told the Post the Department for Homeland Security is also working with residents and building owners to protect them from unrest.

Many buildings are recruiting off-duty police officers as extra guards, according to another Realtor. They may be wary of situations like the fatal shooting of a pro-Trump demonstrator in Denver on October 12 when an unlicensed security guard opened fire.

The gunman, who was captured on video killing 49-year-old Lee Keltner, has now been charged with first-degree murder. New York’s rich hope by hiring cops, they might protect themselves from far-left violence without risking a similar incident. 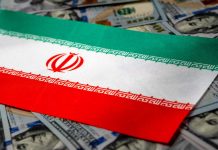