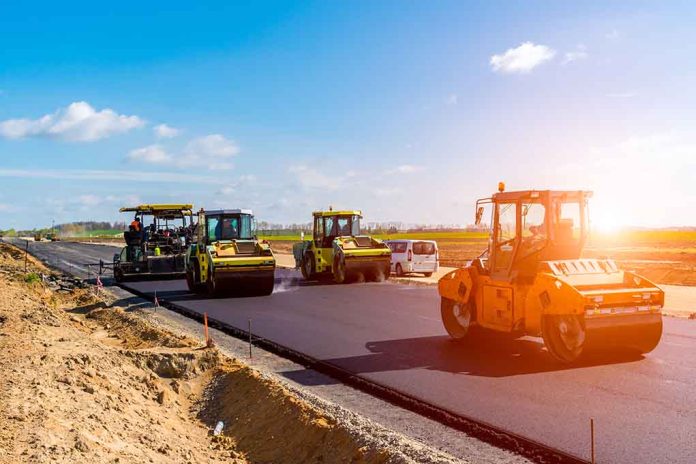 (RightWing.org) – In 2020, America’s political system became rife with woke political discourse. In the wake of social justice protests and riots, it seemed every discussion became about race. Systemic racism might have been the phrase of the year. Social justice activists targeted government, businesses, and educational institutions, and for a time, it worked.

On President Joe Biden’s first day in office, he signed an executive order titled, “Executive Order On Advancing Racial Equity and Support for Underserved Communities Through the Federal Government.” It introduced the language and practice of Critical Race Theory (CRT) in government. Soon after, educational systems followed. In November, Republican gubernatorial candidate Glenn Youngkin stunned America when he defeated a formerly popular Democratic governor. Heading into his second week in office, the governor overturned “equity” and CRT, and replaced the destructive ideologies with constructive American ideals.

Opportunity Instead of Equity

Equity is a false idealism that pursues equal outcomes. To achieve that standard, the government must step in to enforce rules that make everyone the same. In most places around the world, that’s called socialism. There is no such thing as equal outcomes, and America wasn’t built on that principle.

On Monday, January 24, Youngkin began fulfilling his promise to throw out any coercion of progressive mandates or woke control of schools. He renamed the state’s “diversity, equity and inclusion” office to “diversity, opportunity, and inclusion.” On the surface, this appears symbolic. In reality, it’s a dagger to the heart of the liberal progressive movement that sees life through the lens of identity politics.

The Left long ago abandoned any semblance of opportunity. The promise of America is that everyone has an equal opportunity to fulfill their dreams, and use their God-given talents and abilities to better the world around them. Nowhere, in any system of government, is there a guarantee of equal outcomes in life, no matter how hard Socialists and Communists may try to give that appearance. Instead, governments get more overhanded and dictatorial in order to control their populations. There’s no empowering people through opportunity.

By eradicating the language of equity, Youngkin seeks to reset the cultural battle by asking a simple question: Do you want the government to decide winners or losers, or do you want the opportunity to discover your own American dream?

Now, if parents learn of CRT or racist teaching in the classroom, they can report any public school they believe is teaching objectionable material using a newly established tip line. Youngkin said when parents are involved and share what teachers say in school about CRT, it helps the state better root out the divisive teaching.

While administrators and teachers say they don’t instruct a CRT curriculum, that’s not entirely accurate. They may not teach a formal CRT curriculum, but through training, teachers learned how to educate children through the subtleties of the destructive ideology that hurts people of every race, color, and creed.

If Republicans were too timid or afraid to confront woke activists, they shouldn’t be any longer. Youngkin is showing them how to fight back and restore common sense to the classroom and politics.

Perhaps President Biden could learn a thing or two from the new Virginia governor.