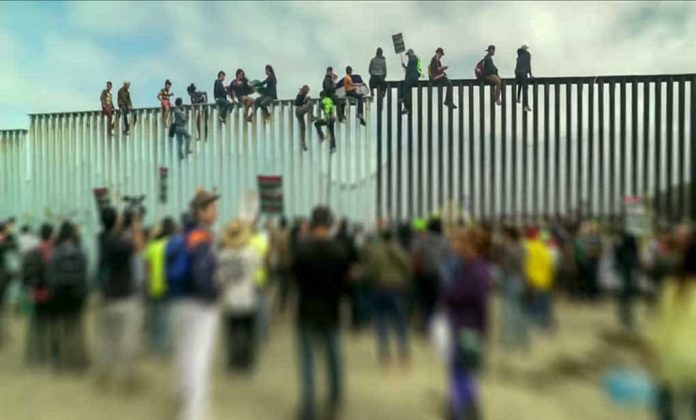 (RightWing.org) – We recently brought you the disturbing news the Customs and Border Patrol aren’t bothering to test migrants they take into custody for COVID-19. Couple that fact with the Biden administration’s permissive approach to border security, and the country finds itself in a potentially dangerous situation.

Chatter about another 20k on the way, unconfirmed. Mostly Haitians, some Cubans, Venezuelans.

Del Rio Mayor Bruno Lozano confirmed the clip’s authenticity and told reporters a total of roughly 10,503 migrants gathered under the bridge. Reportedly, most of the migrants originated from Cuba, Haiti, Nicaragua, and Venezuela.

Cuthbertson claimed about 20,000 more migrants were working their way to the encampment. But, perhaps the most distressing news is most of the migrants were being processed and released by Customs and Border Patrol agents. That means a flood of potentially unvaccinated migrants carrying COVID-19 could be sweeping through the country at will.

What will it take for the Biden administration to wake up, smell the coffee, observe what’s happening at the nation’s southern border and start protecting the interests of American citizens over those of illegal migrants? “All lives matter,” but is it so hard to prioritize lawful citizens first?