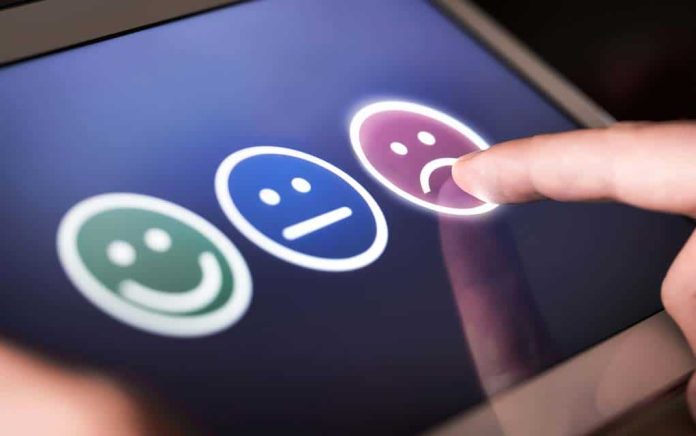 (RightWing.org) – The good news for Conservatives keeps rolling in. It appears that Americans are returning to their traditional views of the role of government. In 2021, America got a taste of what could happen if Democrats enact their proposals into law. Some of the ideas were over the top and range from the government surveilling every financial transaction you make over $600 to hijacking America’s economy and making it entirely dependent upon the government.

Every year, Gallup conducts an annual Governance survey. In 2020, Americans, by a slight majority, said they wanted the government to do more as the pandemic raged on. It was only the second time in the poll’s history that happened. The other occasion was in 2001, after the terrorist attacks on 9/11. The new revelations about the attitudes of Americans towards government overreach could pose a serious threat to any hopes of Democrats keeping their majorities in 2022.

During the Democratic reign of Congress in 2021, they proposed a federal takeover of elections, trillions of dollars in new spending that would transform America into a semi-socialist country, a transfer of energy independence to dependence on foreign oil, and an education system designed to indoctrinate instead of educate.

In total, the size and scope of government intrusion would be a grand scale never experienced in America. Respondents told Gallup some interesting views into the American psyche. Of those questioned, 52% said the government is doing too much outside of its lane.

Once again, independent voters are souring on the Democratic agenda. Over the last several months, they’ve been abandoning President Joe Biden in substantial numbers. It should be no surprise that they broke with their previous views during the pandemic. In 2020, 38% said the government was doing too much. In 2021, it jumped to 57%. Republicans edged up from 74% to 80%, and Democrats slightly increased from 13% to 18%.

Additionally, half of those polled said Americans would prefer a smaller government with fewer taxes. Only 19% said they favored bigger government and higher tax rates. Nearly 30% said it should remain the same. When asked if the government has too much power, 54% agreed, compared with 56% in 2019.

What Does the Poll Mean?

It means Democrats are walking on eggshells. In the current state of politics, independents have a significant say in elections. How they swing is often the difference between winning and losing. At this point, there aren’t enough independent voters to swing an election in favor of Democrats. As the majority party in Washington, DC, the Democrats might have overplayed their hand. There was never a mandate by voters to push the country to the far-left. Yet, that’s how they are governing.

At this pace, the polls could be starting to bake in. If the trend continues throughout the winter, it will take a series of bad luck against the GOP, bad candidates, and bad campaigning to hurt their chances of taking back both chambers of Congress in the 2022 midterm elections.

Will the Democrats continue their reckless abandon?

Will the GOP seize on the opportunity?