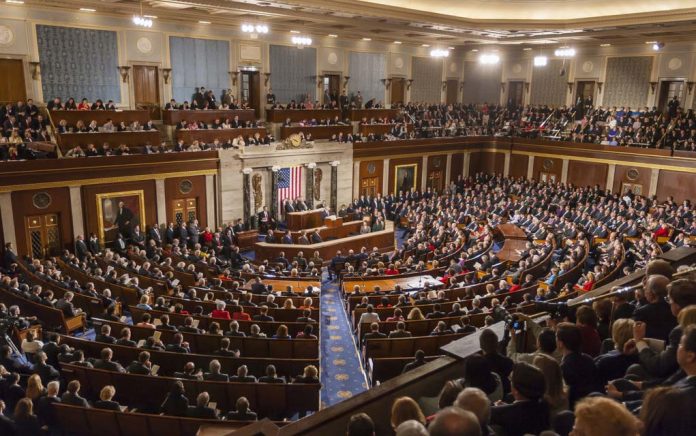 Oppressive New Law Would Force People To Reject Their Faith

(RightWing.org) – In 2015, the US Supreme Court legalized nationwide same-sex marriage. Yet, after the Dobbs decision, Democrats — and some Republicans — felt it was necessary to defend the right to marry whoever one pleased after Supreme Court Justice Clarence Thomas suggested in a concurring opinion that the high court should reconsider the 2015 Obergefell v. Hodges ruling.

On Tuesday, November 29, the US Senate passed the Respect for Marriage Act after 12 Republicans joined all 50 Democratic Senators. The House, which passed the original bill in July, will vote on the amended bill soon. It’s expected to pass and head to President Joe Biden’s desk to be signed into law. Despite the win by the Left, some say the new law could be oppressively used to force people to reject their faith.

Respect for Marriage Act Could Be Weaponized Against People of Faith

The law would require the federal government to recognize all marriages nationwide that are legal in the state where one took place. Senate Majority Leader Chuck Schumer (D-NY) said that regardless of who one loves, people deserve dignity and equal treatment. The Senate first contemplated voting on the bill passed out of the House in September, but Schumer pushed it back, believing he could gain more bipartisan support for the proposal by waiting.

Ahead of its passage, some conservatives expressed deep reservations about the lack of protections for religious liberties. Opponents argued the legislation could allow for discrimination against those who oppose gay marriage over sincerely held religious beliefs. Those who risk targeting include individuals, social service agencies, nonprofit faith-based schools, and small businesses.

On November 19, Senior Alliance Defending Freedom (ADF) senior counsel Greg Baylor said the IRS could strip a non-profit of its tax-exempt status if it determined the charity engaged in acts contrary to the law. He said tax agents could use the law to punish those who refuse to recognize same-sex marriage.

After the law passed on Tuesday, Heritage Foundation’s vice president of domestic policy Roger Severino said the lawmakers who voted for the law and supported religious liberty are “either naive or don’t understand the laws they are passing.” He emphasized the tax-exempt status of faith-based non-profits is debatable under the legislation and stated the Left would use the law to sue adoption agencies that only support traditional marriage and “drive them out of business.”

Ahead of the bill’s passage, Sens. Mike Lee (R-UT), Marco Rubio (R-FL), and James Lankford (R-OK) added amendments that would have strengthened religious liberty. They failed. Instead, an amendment proposed by moderate Republican Sen. Susan Collins (R-ME) and Democratic Sen. Tammy Baldwin (R-WI) was adopted. It stated that religious non-profits “shall not be required to provide services” if it opposes a marriage.

Severino wrote the legislation was about the government holding power over its citizens who believe marriage is between one man and one woman. He stated people of faith wouldn’t forget the vote and would help defend those who might face legal action as a result of the law.