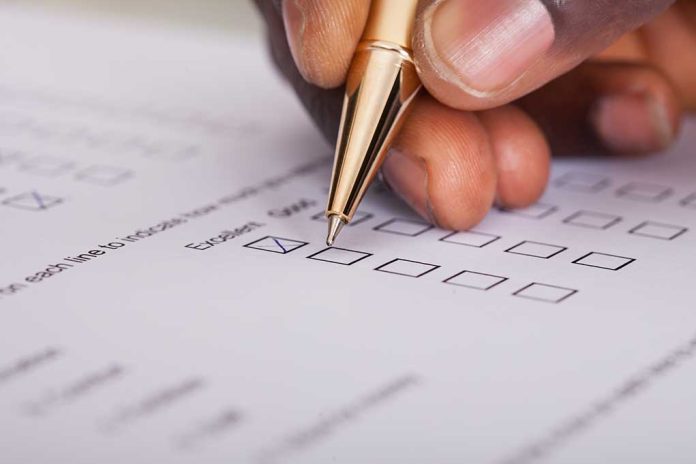 (RightWing.org) – Sharks were circling around embattled Republican National Committee chair Ronna McDaniel last week after a new poll showed that most registered Republicans want her gone. Almost two-thirds of those polled think the current GOP leadership is “ineffective,” and unless that changes, the party is likely to see donations dry up as people switch to grassroots organizations — or stop donating at all.

A poll carried out from December 17-21 by the Trafalgar Group for the conservative nonprofit Convention of States Action found that 68% of registered Republicans believe the RNC was ineffective at getting GOP candidates elected last November, while almost as many — 62.7% — thought the same about the party’s congressional leadership. Mark Meckler, president of the Convention of States, said the poll showed voters were “furious” and believe the only solution is to renew the party’s leadership.

Confidence in the congressional leadership has actually risen slightly since the midterms — in the immediate aftermath of the vote, 71.6% wanted them replaced — but the same doesn’t apply to the RNC. McDaniel has been under heavy pressure since the disappointing results of the November 8 elections, with the Texas and Arizona Republican parties both passing votes of no confidence in her leadership and Florida planning a similar vote this month.

The new poll shows that only 5.6% of respondents want her to stay in post, but McDaniel is determined to seize a fourth term in the job. She still has some support from the party establishment, too; several major donors have endorsed her, which sends a warning to the GOP that if they want the donations to continue, the donors’ candidate should be supported.

Unfortunately for the GOP, that leaves the party with a stark choice; if they side with the major donors who back McDaniel, they risk losing the smaller voters that make up the backbone of the party machine. In last month’s poll, 44% said they’re less likely to donate to the GOP or its candidates in the future. Can the party run that risk?