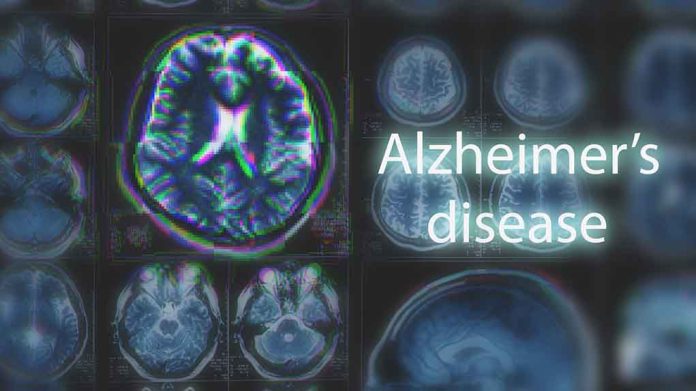 (RightWing.org) – A team of California researchers has made a major discovery that could reveal the cause of Alzheimer’s disease and help prevent or manage the illness in the future.

Alzheimer’s disease is the most common cause of dementia and a serious worry in advanced countries with an aging population, like the US. The concern prompted scientists at the University of California, Riverside, to look more closely at the physical changes that happen in a sufferer’s brain.

Scientists say they might have discovered the cause of Alzheimer'shttps://t.co/4nyjoetwKk

Alzheimer’s features tangles of a protein called Tau. Like most proteins, it comes in a normal version and reversed one, with its molecular structure flipped around. These reversed versions can cause problems – and, sure enough, the Riverside team found that the tangles in Alzheimer’s patients contain reversed Tau.

Reversed proteins are usually cleaned out of the body by a process called autophagy, which eliminates unnecessary or damaged components from cells. However, as we age, the process slows down and becomes less efficient. The Riverside research suggests the key to beating Alzheimer’s is to stimulate autophagy – and they have some ideas on how to do that.

Fasting is a simple way to step up autophagy. When the body isn’t getting protein from food, it works harder to recycle existing ones it doesn’t need – and it will prioritize damaged or reversed ones, including Tau. Exercise has the same effect, increasing the body’s demand for protein.

Combined with autophagy-promoting drugs that already exist or are in development, this discovery could be a huge breakthrough in treating Alzheimer’s.