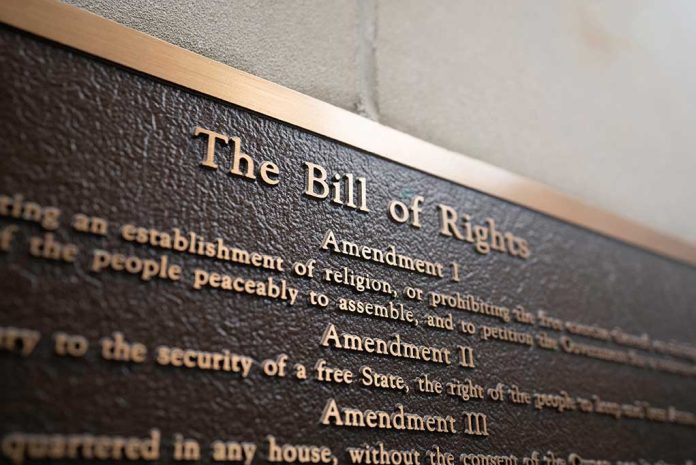 New “BILL OF RIGHTS” Introduced For Parents – Democrats Hate It

(RightWing.org) – Many parents are increasingly worried about exactly what their kids are being taught in public schools. So much so that North Carolina legislators have passed a parents’ rights act. Now the question is, will the state’s liberal governor will sign it?

Empower the parents, empower the family ~ ~ A majority of likely North Carolina voters support passing a Parents’ Bill of Rights in the state, a new poll found https://t.co/MvnanavwbF pic.twitter.com/Yv6PLmTt3K

On June 1, the North Carolina Senate voted on House Bill 755, the Parents’ Bill of Rights — and, to the horror of Liberals, passed it 28-18. The bill passed on partisan lines, with all 28 GOP senators supporting it and 18 of 22 Democrats voting against. Republicans also have a solid majority in the NC House, and the bill is expected to pass there too. After that it goes to Governor Roy Cooper (D), who has publicly opposed the bill and is likely to veto it even though a recent poll shows most NC residents support it.

Gay rights activists are opposing the bill because it outlaws teaching children in grades K-3 about sexual orientation and gender identity, and requires schools to tell parents if their kids change the name or pronouns they use at school. Activists say this puts children at risk — one protester outside the North Carolina Assembly hysterically claimed, “Your children are going to die because of this.”

However, Republicans argue that schools shouldn’t be hiding things from parents. Senator Deanna Ballard (R), chair of the Senate Education Committee, says the bill “establishes transparency as the new norm in education.”

Although even critics admit the bill isn’t a copy of Florida’s “Don’t say gay” act, it has a similar purpose — to restore the parents’ right to know how their children are doing at school. This issue is a growing concern in many states; it’s unlikely North Carolina will be the last to try to do something about it.