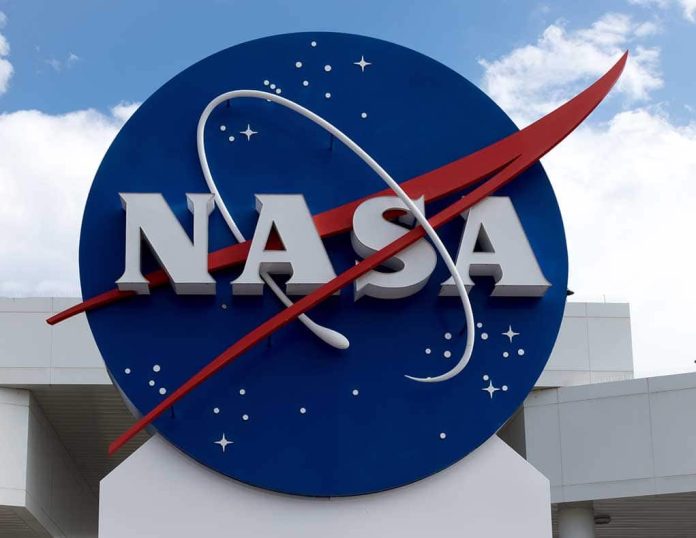 (RightWing.org) – In an experiment straight out of a science-fiction movie, NASA plans to attack an asteroid to move its path away from Earth. The target asteroid isn’t actually a danger to us, but NASA wants to test the technology, so they’re ready for one that is.

Double Asteroid Redirection Test (DART) will be NASA's 1st use of a kinetic impactor into an asteroid to change its motion – "the first test for planetary defense," on November 24 to hit the binary near-Earth asteroid Didymos and its moonlet, Dimorphos. https://t.co/bAuVYrh5sC

On October 4, NASA announced the Double Asteroid Redirection Test (DART) project, a space interceptor due to launch on November 24. The uncrewed 1,100-pound SpaceX Falcon 9 spacecraft will launch from Vandenburg Space Force Base. Once in space, it will deploy solar panels to power its NASA Evolutionary Xenon Thruster (NEXT) ion-thruster engine and accelerate through most of one orbit around the sun, reaching a speed of just over four miles per second.

On October 2 next year, the rocket will slam head-on into a 520-foot-wide asteroid called Didymos B. Before impact, DART will release a small telescope-carrying satellite to observe the impact and analyze the asteroid’s course to see if it changes.

NASA expects the collision to slow the asteroid by just a sixtieth of an inch per second – but, over the course of millions of miles, that small change in speed should produce a large change in its direction. The idea is that if a planet-killing asteroid is detected, a similar interceptor could nudge it enough to miss us.

In 2024, the European Space Agency will launch a mission to examine the impact crater on Didymos B and measure the asteroid’s course again. If it finds a significant change, we’ll have a new defense against the dangers of the universe.