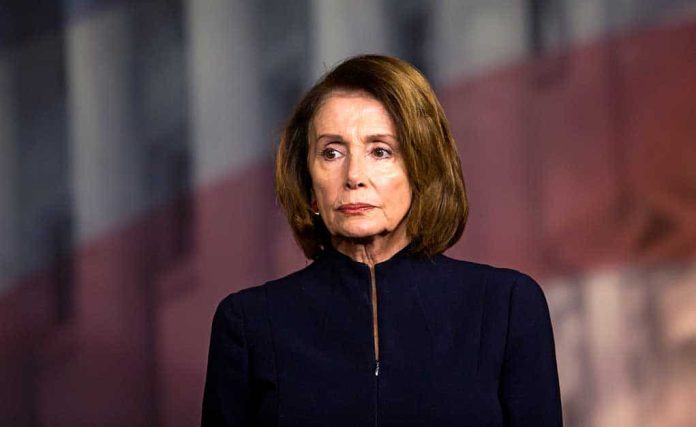 (RightWing.org) – House Speaker Nancy Pelosi (D-CA) raised eyebrows the weekend of January 23 when her latest financial disclosures were released. Pelosi hasn’t clearly broken any laws, but either she’s been picking up investment tips from her friends in the Biden White House, or she should have been working on Wall Street for the last 60 years.

On December 22, Pelosi’s husband paid somewhere between $500,000 and a million dollars for 25 call options on Tesla stock, with the options set to expire in March. That’s not too remarkable on its own – Tesla is a popular company with investors – but just a few weeks later, President Biden announced a plan to replace all US government vehicles with US-built electric ones. Guess who’s the largest manufacturer of electric vehicles in the US? That’s right – it’s Tesla.

Pelosi’s call options give her the right to buy a large block of Tesla stock at a fixed price of $500 a share – a price agreed to before Biden announced the government would be buying thousands of electric vehicles. When Biden made his announcement on Monday, Tesla shares jumped to $900 – but Pelosi can still get them for $500, then immediately sell them again. There’s no proof she’s done anything illegal, but it certainly has worked out pretty well for her.