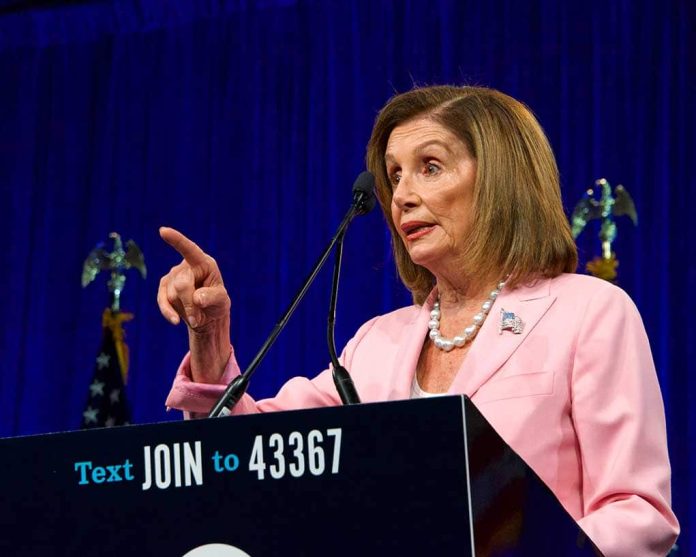 (RightWing.org) – Speaker of the House Nancy Pelosi (D-CA) appears drunk on power despite the fact Democrats hold their slimmest majority in the chamber since the 1940s. Recently, it seems she’s having a bit of trouble getting control of Democrats when it comes to passing dangerous election reform measures.

On June 8, she sent a letter to House Democrats encouraging them to find a pathway to pass the For The People Act, a comprehensive election reform bill that would effectively steal control of federal elections from all 50 states.

Pelosi’s letter suggests she will continue to press the issue even if there is no tangible path to passage.https://t.co/QopraZuvRv

Pelosi followed up the next day and sent out a similar message encouraging Democrats to find a way to pass the John Lewis Voting Rights Advancement Act. That bill would strengthen the 1965 Voting Rights Act in the wake of a 2013 US Supreme Court decision overturning many of its measures.

Fortunately, there’s little to no chance either measure would pass in the US Senate. With that chamber split 50/50, Democrats would need to get at least 10 Republicans to vote to pass either measure. With Sen. Joe Manchin (D-WV), a wildcard who frequently votes with Republicans, the chances of passing any dangerous legislation are slim to none.