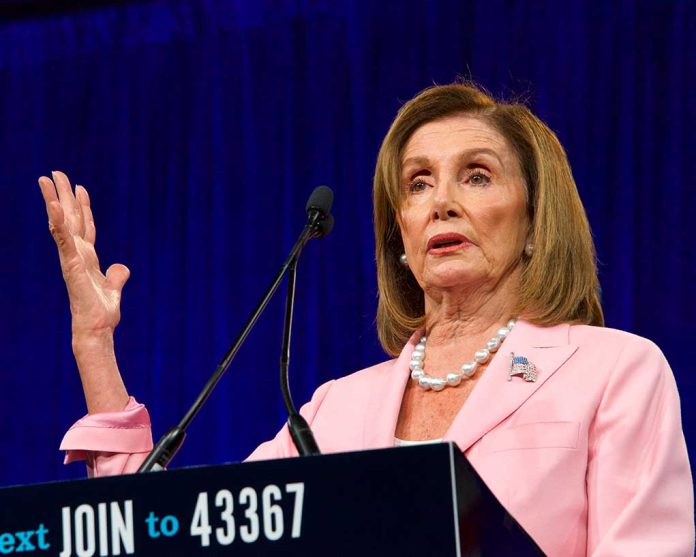 Nancy Pelosi MELTDOWN – An Out Of Control Ran

(RightWing.org) – House Speaker Nancy Pelosi (D-CA) has spent the last 15 months accusing former President Donald Trump of inciting the January 6, 2021, riot at the US Capitol Building by inviting supporters to Washington, DC, to attend a rally. In a stunning display of hypocrisy, she recently held a press conference designed to incite violence, according to many observers.

On Sunday, May 15, Speaker Pelosi sat down for an interview on CNN’s “State of the Union.” Host Dana Bash asked her about the recent disclosure of a draft decision indicating the US Supreme Court might overturn Roe v. Wade (1973), the landmark ruling legalizing abortion.

Pelosi responded no one would have guessed “a creature like Donald Trump would become president” and have an opportunity to appoint pro-life justices to the nation’s highest court. Asked to elaborate, the Speaker predicted the Court would also attack marriage equality.

CNN's Dana Bash: "One reason why [Democrats are] upset is because conservatives have played the long game here."

Nancy Pelosi: "Who would have ever suspected that a creature like Donald Trump would become president of the United States, waving a list of judges he would appoint" pic.twitter.com/RJm83rUBMQ

Then, Pelosi dropped a bombshell. She said the American people need to “mobilize,” adding, “we don’t agonize, we organize.” She later warned viewers to stay focused. “We have to fight the fight,” she concluded.

Do you think Republicans should hold Pelosi to her own standard? Do you support the creation of a special committee to investigate her remarks if Republicans regain control of the House after the midterm elections?