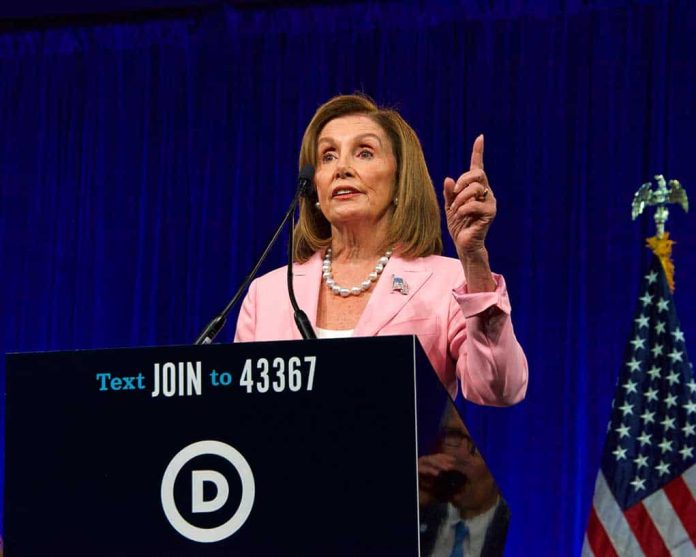 (RightWing.org) – House Speaker Nancy Pelosi (D-CA) is becoming more of a loose cannon by the day. Now she’s coming up with bizarre justifications for abusing fellow members of Congress.

On July 28, Pelosi called House Minority Leader Kevin McCarthy (R-CA) “such a moron” in a dispute over the White House’s new mask guidance. The Biden administration has told Americans to keep wearing face masks, even if they are vaccinated against COVID. McCarthy pointed out that the advice isn’t based on science, triggering Pelosi’s unprofessional rant.

At a Thursday press conference, Pelosi was asked if she really thought McCarthy was a moron, and if so, why. Instead of giving a sensible answer, she simply said, “ Science, science, science, and science.” That has the advantage of being easy to remember, but it doesn’t actually tell us very much.

Pelosi went on to list a range of other issues, including climate change and health care, then repeated her “science, science, science, science” line, which didn’t really explain any more the second time. The House Speaker is out of control – she’s currently recruiting anti-Trump Republicans to staff an inquiry into the Capitol riots after vetoing McCarthy’s nominations – and her excuses are increasingly bizarre.