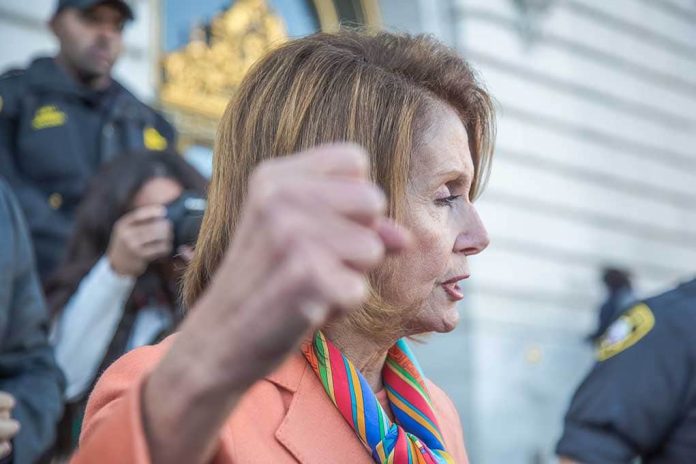 (RightWing.org) – A top congressional Democrat threw a tantrum at a reporter on Wednesday after being challenged on the Biden administration’s failing policies. It seems the Left is feeling the heat.

On September 29, House Speaker Nancy Pelosi (D-CA) held a press conference in the Capitol. She managed to keep her smile until one journalist asked her why she was pushing so hard to raise the federal debt ceiling when the Senate would never approve the move. “Why get mad at members, why twist the arms of Moderates if this is not going to move anywhere?” he asked – and Pelosi instantly exploded.

Pelosi snaps at a reporter after he questioned her strategy on the debt ceiling: “What are you talking about?!” pic.twitter.com/NppUFpscQh

Snapping “What are you talking about?” after which she launched into a rant about lifting “the full faith and credit of the United States” – borrowing more money – and said she has no patience with anyone who doesn’t vote for the controversial policy. Republicans in the Senate are staunchly against voting for an increase in the debt ceiling. Staying true to their word, on Monday, Republicans voted against a bill that combined emergency funding of the government to avoid a shutdown with a provision to raise the debt ceiling.

On Thursday, September 30, with just hours to spare before a shutdown would have begun, Congress did pass a stop-gap measure to fund the government through December 3 — without agreeing to increase the debt limit.

It looks like the Speaker is going to have plenty more to lose her temper about before this situation is resolved.