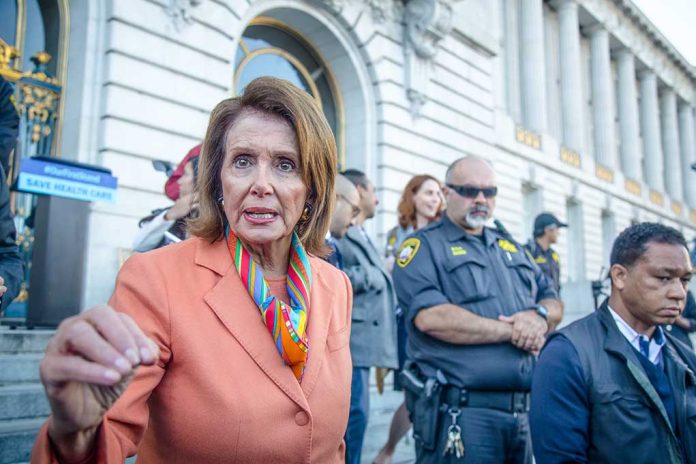 (RightWing.org) – The United States Senate has a reputation for being the world’s greatest deliberative body. The Founding Fathers established the Electoral College to protect the rights of smaller states. Likewise, the Senate created the filibuster to prevent a party with a small majority from taking over the chamber to the exclusion of the minority. However, that message failed to compute with Democratic House Speaker Nancy Pelosi for some reason.

Speaker Pelosi went off the rails about the filibuster during a January 17 media event. One might have guessed she was up to no good when her office named the event the “Martin Luther King Day Deliver for Voting Rights Press Conference.”

After exchanging the customary pleasantries with Dr. King’s family members, Pelosi turned her attention to the Democrats’ ill-fated voting rights measures and the Senate filibuster. According to Pelosi, great American leaders like George Washington, Thomas Jefferson, and Abraham Lincoln would have “tears in their eyes” if they were around to see the impact of the filibuster on American democracy.

.@SpeakerPelosi at an MLK Day event: George Washington & Thomas Jefferson have "tears in his eyes” that the filibuster is being used to stop us from nationalizing elections pic.twitter.com/SOWNNfk6aG

Pelosi also attempted to manipulate public sentiment by declaring if lawmakers wanted to honor Martin Luther King’s memory, they would abolish the filibuster and hand over the reins of government to Democrats so they could pass their beloved Freedom to Vote and the John Lewis Voting Rights Acts.

As a side note, the Democrats don’t appear to stand a chance of passing either measure, with Democratic Senators Kyrsten Sinema (AZ) and Joe Manchin (WV) both standing firm in their opposition to approving the measures without bipartisan support.