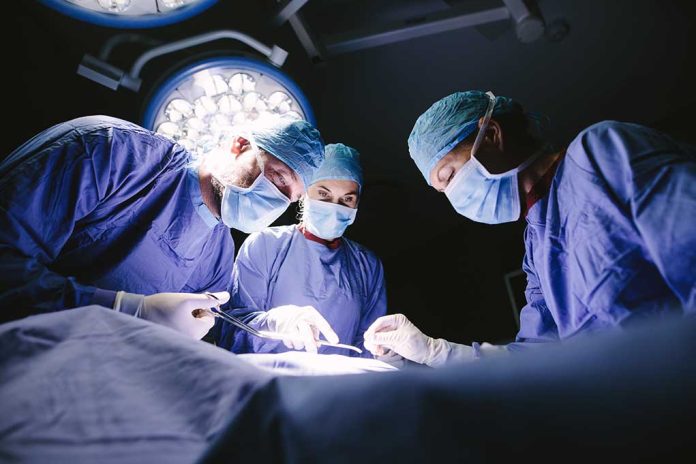 (RightWing.org) – The world has been aware that China has been harvesting organs from unwilling donors for years. The noted international news organization Agence France-Presse (AFP) reported on June 14 that United Nations experts said they had “credible information” that Chinese officials were harvesting organs from detained members of minority communities. Reportedly, the individuals were forcibly given blood tests, X-rays, and other diagnostic examinations to test their organs for suitability.

Human rights advocates in Canada called on Members of Parliament (MPs) to pass a pending Senate bill banning Canadian citizens from undergoing organ transplant surgery abroad using organs harvested without consent from the donors. The measure would also prohibit entry into Canada by anyone implicated in organ trafficking.

David Kilgour, a former MP and secretary of state for Asia-Pacific, stressed the importance of passing Bill S-204 during a June 16 seminar conducted online. According to his research, China is the only country in the world “killing its people, prisoners of conscience” for their organs. Continuing, he called China’s organ harvesting efforts a “horrendous crime against humanity.”

Bill S-204 already passed unanimously in the Senate last month. However, with elections around the corner, there is some concern the current Parliament would be dissolved in the fall elections before the lower chamber can vote on the measure.

Chinese officials forcefully deny the allegations, and it remains to be seen what, if anything, the United Nations or other countries might do to put an end to this barbaric practice.