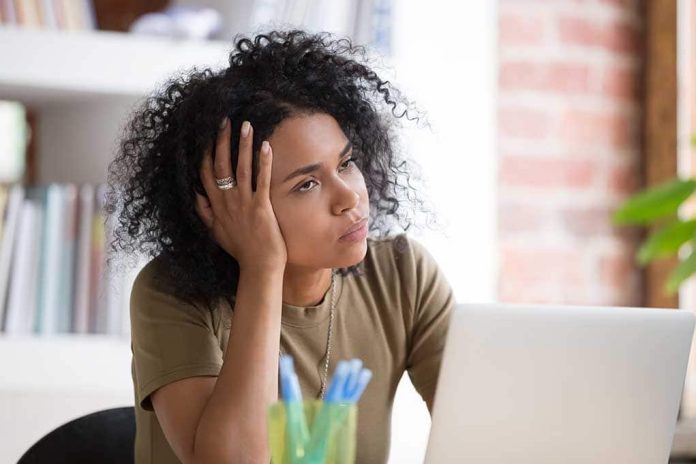 (RightWing.org) – After the 2020 election, Democrats railed against conservative Republicans who dared question the 2020 election. Several GOP Senators called for a 10-day review of the state certifications over concerns election laws were violated in numerous states. Senators Ted Cruz (R-TX) and Josh Hawley (R-MO) were threatened by Democrats and censored by Big Tech, the media, and businesses for objecting to the Electoral College certifications to ensure the integrity of the presidential election.

Last fall, Democrats were expected to pick up seats. However, not one Republican lost to the Left. Instead, they unexpectedly defeated numerous Democrats over socialism and defunding the police issues. That left House Democrats with the smallest majority in nearly a century, with a margin of only five votes to spare on any issue.

In Iowa, Rep. Mariannette Miller-Meeks (R-IO) was recently certified by the state and seated in Congress after defeating her Democratic challenger Rita Hart by 6 votes out of 394,000 ballots cast. It was the closest election nationwide in the 2020 general election.

Instead of taking the case to court to determine if the state certification was right, Hart decided to bypass the courts and go straight to Congress. Article 1 Section 5 of the US Constitution grants Congress the power to “judge” the elections of its own members and allows candidates to petition the appropriate chamber of Congress to decide the outcome.

On Thursday, March 11, House Speaker Nancy Pelosi (D-CA) said there is a scenario where the state certification of Miller-Meeks could be overturned by the House Administration Committee who is reviewing Hart’s request to overturn the election.

Where Does the Case Stand?

Hart is arguing that 22 ballots were discarded inappropriately. If counted, she would win the election with a 9-vote victory. Republicans on the House Administration Committee want the case against Miller-Meeks dismissed. On Wednesday, the committee voted to table a motion to dismiss Hart’s allegations.

The National Republican Congressional Committee jumped into the fray and said that Hart and Pelosi were “trying to subvert Democracy” and condemned that case as a “partisan stunt.”

After the 2020 election fiasco, it’s hard to understand why Democrats are entertaining this other than it’s a partisan attempt to gain another House seat. While it may bring them short-term gain, the long-term message could work against them and help the GOP in 2022. Pointing out that the far-left will hypocritically do anything to achieve its end — including stealing a state-certified seat — can only be a boost for Republicans when the mid-terms roll around.