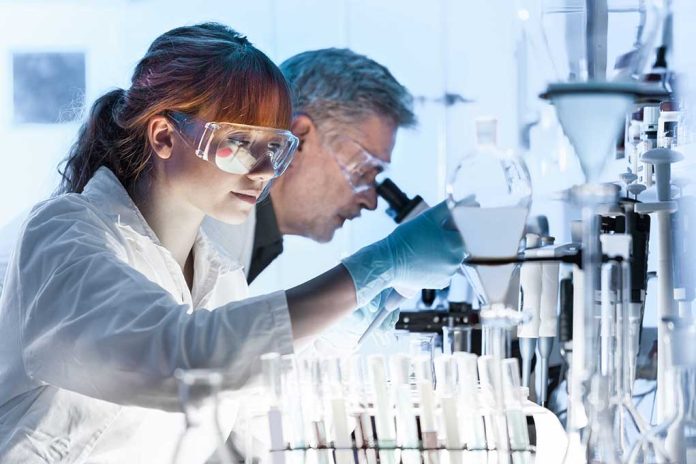 Scientists Just Confirmed What Was Said All Along

(RightWing.org) – After COVID, we get monkeypox. The previously rare African disease is now spreading in the US, and the Biden administration has declared it a public health emergency. But is this going to be another pandemic? Scientists say no — it’s likely a sexually transmitted disease.

Will monkeypox become an 'established STD'? Why one infectious disease expert thinks so https://t.co/nyNYNlLz9o

In Africa, monkeypox has mostly been transmitted by contact with infected animals. In fact, the only previous US outbreak, in 2003, was traced to rodents imported from Africa. This new outbreak is different. Three studies published in the last month have found that around 98% of cases are in gay or bisexual men. The lead authors of all three studies say there’s plenty of evidence that the virus is transmitting sexually “the vast majority of the time.” A Nigerian doctor who treated a 2017 outbreak also believes monkeypox “shows all of the signs of becoming an established STD.”

Meanwhile, the CDC is still warning the public that the disease is mostly transmitted through skin-to-skin contact — even though its own estimate still says 94% of victims are gay or bisexual men. The problem is that liberal health officials don’t want to label monkeypox as an STD because they’re worried it will cause anti-gay stigma. The World Health Organization is already warning gay men to limit their number of partners to reduce the risk, but US officials are refusing to do that. In their obsession with avoiding a vague “stigma,” they’re putting gay men and their partners at actual risk.