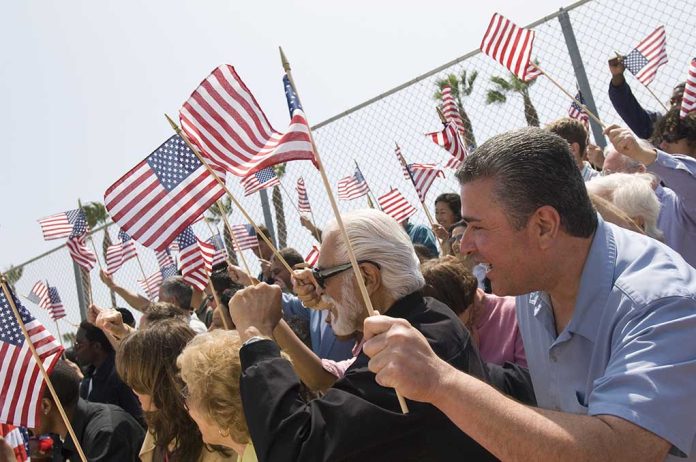 (RightWing.org) – On April 2, Major League Baseball (MLB) Commissioner Rob Manfred announced the decision to pull the 2021 All-Star Game from Atlanta. The announcement came just three days after the signing of a new election measure by Georgia’s Republican governor. Colorado’s Coors Field hosted the marquee event instead. However, as it turned out, Atlanta got the last laugh.

On Saturday, October 23, the Atlanta Braves clinched a spot in the 2021 World Series after defeating the Los Angeles Dodgers in Game 6 of the National League Championship Series. As a result, Atlanta’s Truist Park will take the national spotlight when it hosts games three and four of the world series on Friday and Saturday and, if necessary, game five on Sunday.

As one might expect, Conservatives and Atlanta business leaders quickly responded to the news. Actor Kevin Sorbo mocked the idea of MLB officials deciding to move the World Series like they did the All-Star Game. Similarly, former Navy Seal Rob O’Neill posted a tweet asking if the Braves would host their World Series home games in Georgia, “or is voter suppression no longer a thing.”

Atlanta-based marketing expert David Johnson spoke to reporters about the triumphant return of nationally televised MLB games to Atlanta, calling it “the greatest irony of all.” He also joked about the “supreme irony” of Atlanta facing the Houston Astros of Texas in the World Series. You know, that other state targeted by woke liberal activists for passing new election integrity laws.