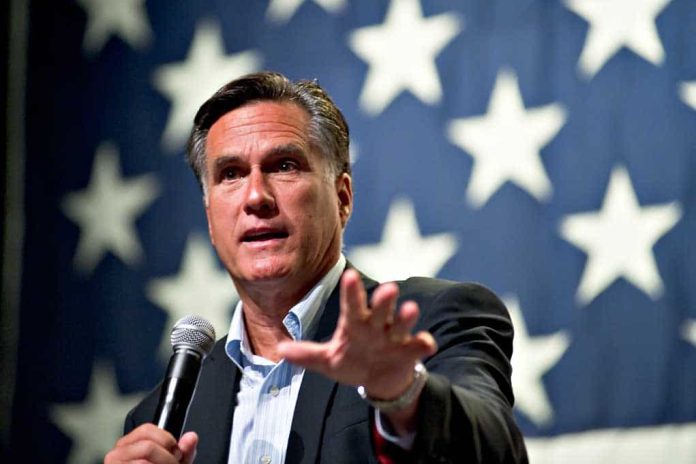 (RightWing.org) – President Joe Biden and his Democratic accomplices appear hellbent on handing the keys to the country over to illegal migrants. Administration officials recently submitted the president’s proposal to increase the refugee admissions cap to 125,000 for 2022, a more than eight-fold increase over former President Trump’s limit of 15,000. Adding fuel to an already raging fire, Democrats are pushing new tax credits to provide monthly checks to undocumented parents.

Sen. Mitt Romney (R-UT) lashed out at the Biden administration’s immigration policies during a September 21 hearing of the Homeland Security and Governmental Affairs Committee.

We must focus on addressing the pull-factors that draw people into our country illegally. The Administration's plan to focus solely on the "root causes" of illegal immigration is simply not feasible. We can't eradicate poverty and crime here at home, let alone around the world. pic.twitter.com/mrrxxid4MR

Romney characterized the administration’s approach to immigration as a “monumental disaster,” adding the border crisis would be more than enough to leave the government “hanging on by a thread.”

Continuing, Romney explained the administration needed to quit focusing its attention on eliminating the “root causes” of illegal immigration. The government can’t adequately address growing poverty and crime at home, much less solve those problems for the rest of the world.

Sen. Romney also voiced his concerns over the ill-gotten idea of spending taxpayer money sending checks to illegal migrants for each of their children. “It’s outrageous,” he said, adding he couldn’t think of a better way to entice more illegal migrants to the country.

The President's "human infrastructure bill" would allow illegal immigrants to get $300/month, per child, by obtaining a tax ID number once they're here. It's outrageous. I can't think of a more enticing reason to enter our country illegally–at the expense of American tax payers. pic.twitter.com/nnIX9EMwjz

Maybe it’s time for Biden to consider a return to Trump’s no-nonsense approach to immigration. After all, he managed to keep the borders secure for four years. Biden couldn’t accomplish that feat for four months.