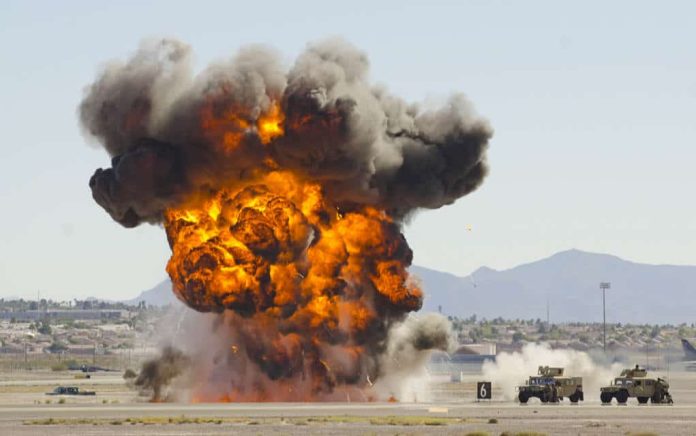 (RightWing.org) – A US base in northern Iraq was attacked with rockets on Monday night, leaving a contractor dead and several people wounded. Now an intelligence analyst says the militia claiming the attack could actually be linked to Iran.

Two rockets hit the US base at Erbil International Airport on February 15, killing a civilian contractor – who isn’t believed to be a US citizen – and injuring eight, including five Americans. The missiles were part of a salvo of 14 that Kurdish officials say were fired from a vehicle on a nearby highway. Iran is a major manufacturer of light multiple rocket systems like the one used in the attack.

Now, an analyst at the Washington Institute for Near East Policy says the group claiming responsibility for the attack, Saraya Awliya al-Dam, could be a front for Iranian-backed terrorists. The Tehran regime wants President Biden to sign the US back up to the flawed Iran nuclear deal he and Obama negotiated in 2015, and this could be their way of turning up the pressure on the new administration.