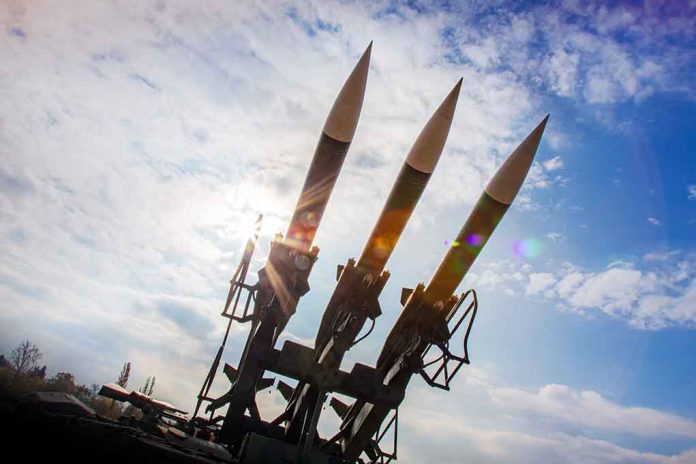 Military PANEL Tells Biden What He MUST Do Next

(RightWing.org) – Over the last decade, experts questioned if the US military was keeping pace with technological advancements. In recent years, the Chinese have developed new stealth fighters, and along with Russia and North Korea, America’s adversaries have active hypersonic missiles that are nearly impossible to defend against. Now, the Russian war against Ukraine is causing the military to struggle with a different issue.

As Russia continues pounding Ukraine, President Vladimir Putin again directly threatened the West on Tuesday, April 26, for aiding his opponent. On the same day, the Senate Armed Services Committee met to evaluate the inventory health of the US military. What it exposed could lead to mounting problems for the country’s future defense.

Since February 24, when Russia invaded Ukraine, Congress has authorized the transfer of US military assets to the Ukrainian military on several occasions. Weapons include Howitzers, M113 Armored Personnel Carriers, anti-tank Javelins, and anti-aircraft Stingers.

The US is essentially loaning the weapons to Ukraine from its own stockpile. As it dwindles, it needs to be resupplied by US defense contractors. Sen. Richard Blumenthal (D-CT) said during the hearing that the Department of Defense (DOD) has given Ukraine approximately 33% of its Javelin missiles. To replace the stockpile, The Connecticut Senator tweeted that defense contractors would need to manufacture 1,000 new Javelins per year to replace what the US is giving Ukraine for its protection. At the current pace, it could take 32 months to replace what the DoD has currently depleted.

U.S. has given 1/3 of our Javelin missiles to Ukraine—with many more needed. At current pace— unacceptably—a year is necessary to produce 1,000. Proof that we need the Defense Production Act.

The Senator added that to meet the DOD’s needs, President Joe Biden needs to activate the Defense Production Act, which would ensure the military doesn’t experience a significant weapons shortage in the next few months. The Defense Production Act of 1950 allows the president to issue an emergency authorization to mandate defense contractors to prioritize manufacturing needs to ensure the nation’s security.

While that may help alleviate the problem, critics say there are other issues.

Former Under Secretary of Defense for Acquisition and Sustainment, Ellen Lord, informed the committee that the act would help resupply the military. However, Lord stressed that other factors could make quickly acquiring the weapons challenging. Over the last few decades, the former defense official said the government hasn’t provided the necessary funding to produce military supplies at speeds the military expects.

Committee Chair Rep. Jack Reed (D-RI) expressed concern about the defense industry. He said there was a lack of competition after the industry consolidated from 51 defense contractors down to 5 over the last 30 years. The senator noted that executing contracts with the defense companies has become too difficult as they don’t scale production capacity easily or quickly.

Sen. Jason Crow (D-CO) told Newsweek that one contributing factor is the government is using 20th-Century contracting rules in the 21st Century. The president of a national trade association told the committee that it only takes China three days to decide on resources and move forward with manufacturing. In the United States, it takes three years.

So, will President Joe Biden and his administration move to solve the supply problem to the US military?