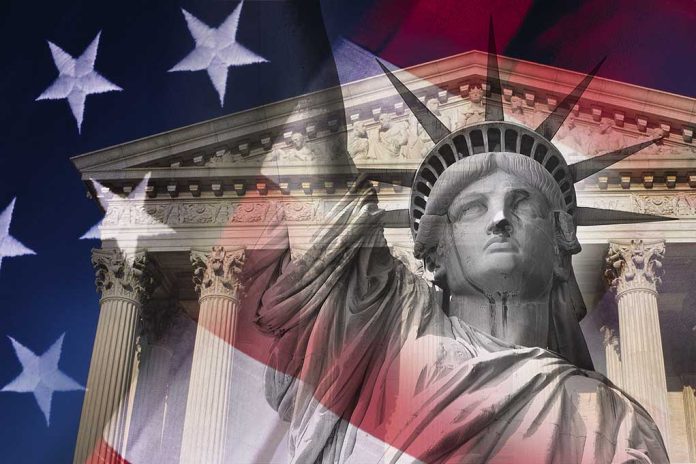 (RightWing.org) – On Tuesday, the Supreme Court, in an attempt to fix the Biden administration’s immigration mess at our southern border, ordered the federal government to reinstate former President Donald Trump’s “Remain in Mexico” law. Unfortunately, there’s a problem – Mexico.

“Mexico is under no obligation to take back people who are not Mexicans into its territory,” says Theresa Cardinal Brown of Bipartisan Policy Center @BPC_TBrown @BPC_Bipartisanhttps://t.co/qLH2xPUHfg #MPP

One of President Biden’s first acts in office was to scrap most of his predecessor’s immigration laws. That included the Migrant Protection Protocols (MPP), which kept would-be asylum seekers in Mexico until immigration judges could process their claims; instead, Biden let them into the US, where they could simply disappear.

On August 24, following legal action by Texas and Missouri, the Supreme Court ruled Biden must reinstate the Protocols. The problem is, hundreds of thousands of migrants have already crossed the border, and Mexico isn’t obliged to take back anyone who isn’t a Mexican citizen.

Mexico is already refusing to accept migrant families returned under a different US law, the Title 42 coronavirus regulations. Migration experts think it’s unlikely they’ll be any more cooperative about the MPP, although DHS officials are already negotiating with their Mexican counterparts about reactivating the law.

Meanwhile, the Biden administration is doing what it does best – trying to find a new way to scrap MPP and sneak the action past a judge.