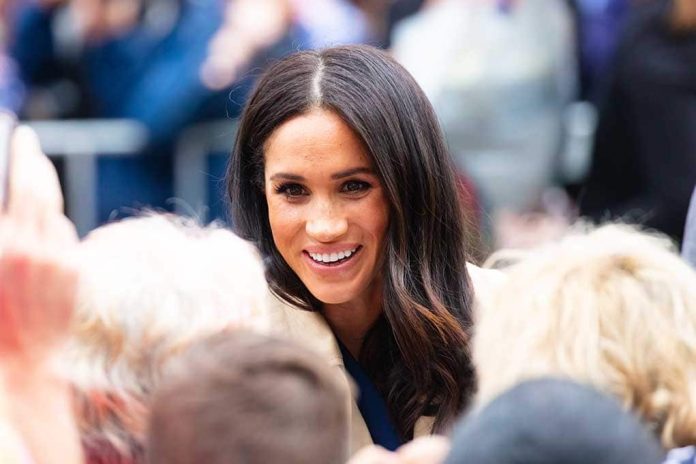 (RightWing.org) – Former Hollywood star Meghan Markle retired from acting after her 2018 marriage to the United Kingdom’s Prince Harry, becoming the Duchess of Sussex in the process. The couple stepped down from their royal duties in 2020, citing privacy issues and an alleged pattern of hostile treatment from the mainstream media. However, she recently stepped back into controversy, this time in the United States political arena.

On October 20, she penned a letter to Senate Majority Leader Chuck Schumer (D-NY) and House Speaker Nancy Pelosi (D-CA) using her official Duke and Duchess of Sussex letterhead. Her missive urged the Democratic duo to pass federally funded paid family and medical leave, telling them not to lose this “consequential moment” in history.

Meghan, The Duchess of Sussex believes it’s time for #PaidLeaveforAll. In a powerful letter to Congress, she’s standing up for millions of American families who need and deserve guaranteed paid leave. Read and share her letter: https://t.co/7m0GhdyhJz

According to Markle, “paid leave should be a national right” instead of a “patchwork option” limited to individuals working for companies or living in states offering leave programs. Continuing, the new Duchess wrote, “No [American] family” should ever have to choose between raising a child or earning a living wage.

Markle spent considerable time discussing the trials and tribulations of her working-class past and how her now-estranged father paid for her private school.

What do you think about Markle using her new British title to try to persuade American lawmakers to do her bidding?