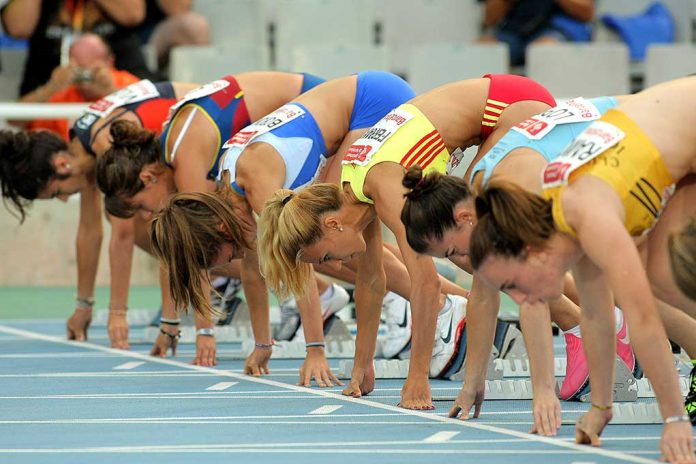 (RightWing.org) – Only Liberals can make a non-controversial issue controversial. That’s the power of the mainstream media. For decades, the media denied it was biased despite the obvious. These days, they don’t even deny it and fully embrace using the news to advance liberal causes or beliefs. Why do they do it?

On Monday, October 18, the Texas legislature passed legislation that would require public school athletes to compete on teams based on their gender. A student would need to play on either a boys or girls team based on the gender established on a birth certificate to play sports. There is only one exception: a biological female can participate in a boy’s sport if one is not available for girls. Of course, the left-wing mainstream media announced the bill as controversial, but is it?

There was a time when news reporters stated facts such as the bill passed, here’s what it says, etc. That’s not the case anymore. Instead, they add their spin to the news. CBS News declared that requiring students to play a sport according to one’s gender was controversial. The Texas Tribune believes the bill is so bad it could harm one’s life. It added a phone number to suicide prevention hotlines for those who need “LBGTQ mental health support.”

Where does this thinking come from? In 2017, former NPR CEO Ken Stern wrote an enlightening piece acknowledging media bias. He wanted to know why America was diverging so profoundly. What Stern discovered was stunning to him. For a year, he hung out exclusively with Conservatives.

The former NPR CEO went to NASCAR events, Tea Party meetings, and sat in a radio show with Steve Bannon. Stern said he found an America that was very different from the one he thought he knew. He hung out with evangelicals and learned they were compassionate, caring people who cared about racial and refugee issues and how to help people, not harm them. He saw them staff remote hospitals, build homes for the homeless, and learned that his misguided idea about Christians from the movie Footloose was wrong.

Bias in the media comes from a liberal worldview not shared by half the country. It’s not necessarily intentional against Conservatives, but it is pervasive. Journalists don’t understand conservative Americans, and instead of trying to, they demonize them through known and unknown biases.

According to a March Politico and Morning Consult poll, 53% of respondents supported a ban on male transgender athletes from competing in female athletics. Only one-third opposed. So, the question is, is the Texas legislation really controversial?

Only if you’re a Progressive who doesn’t understand or want to understand traditional family values. However, it’s far from the case. If liberal journalists took the time to discuss fairness and equity with Conservatives, they might find they agree on much more than they disagree. Instead of spinning the news and demonizing Conservatives in the media, journalists should try thinking outside their box.