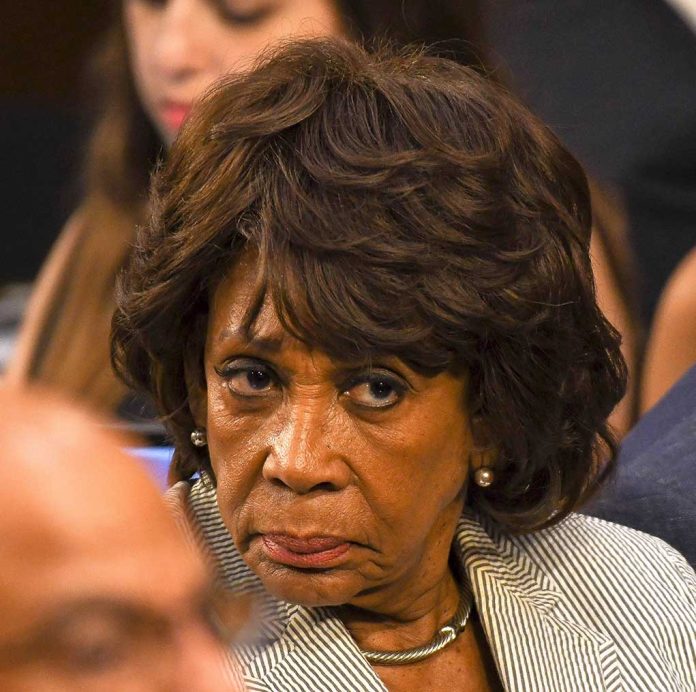 (RightWing.org) – In 2019, Sam Bankman-Fried launched FTX, a cryptocurrency exchange company. By 2022, the service skyrocketed as over one million users joined the expanding network to purchase derivatives and leveraged products. Many considered it the most reliable and stable crypto exchange until controversy struck and left the company bankrupt within a few days.

On December 4, House Financial Services Committee Chairwoman Rep. Maxine Waters (D-CA) tweeted she would welcome Bankman-Fried’s voluntary testimony at an upcoming hearing on Tuesday, December 13. He responded he would after reviewing and learning what happened. According to CNBC, anonymous sources said she would not force his testimony to a subpoena. After some compulsion, on Friday morning, December 9, the FTX founder said he would appear.

Rep. Waters, and the House Committee on Financial Services:

Once I have finished learning and reviewing what happened, I would feel like it was my duty to appear before the committee and explain.

I'm not sure that will happen by the 13th. But when it does, I will testify. https://t.co/c0P8yKlyQt

On Tuesday, December 6, Waters told committee members at a private meeting on Capitol Hill that she didn’t intend to subpoena Bankman-Fried to testify at the upcoming hearing, according to sources who relayed the information to CNBC. The longtime Democratic House member said she wanted committee staff to persuade his voluntary testimony.

Waters took exception to the CNBC report and said a subpoena was “definitely on the table” if the crypto exchange founder didn’t agree to appear voluntarily, and suggested one could be forthcoming. Still, she didn’t deny she told panel members she wanted a commitment from him to appear.

On December 7, Senate Banking Chairman Sherrod Brown (D-OH) wrote that if Bankman-Fried didn’t appear voluntarily, he would subpoena him. He gave the FTX founder until Thursday to accept the committee’s request. On Friday morning, he agreed to freely meet with the House panel. Still, the entrepreneur stated he might not be able to provide much clarity until he has all the information.

1) I still do not have access to much of my data — professional or personal. So there is a limit to what I will be able to say, and I won't be as helpful as I'd like.

But as the committee still thinks it would be useful, I am willing to testify on the 13th. https://t.co/KR34BsNaG1

FTX Implosion at Root of Investigations

Federal investigators and lawmakers are scrutinizing FTX after the exchange collapsed within days in early November. It occurred after CoinDesk exposed questionable transactions between FTX and Alameda Research, both owned by Bankman-Fried. They allegedly overlapped their balance sheets to fund a new cryptocurrency, FTT, created by FTX. The revelation led the FTX to undergo a severe liquidity crisis after users started bailing on the service.

Complicating matters even further, rival firm Binance was preparing to purchase FTX. After the news broke, it discharged all holdings in the exchange and backed out of the acquisition. Soon after, FTX filed for bankruptcy.

Federal and state authorities are investigating potential violations of the law. Some believe the government should charge Bankman-Fried with a crime, most notably fraud.

This is an ongoing story.