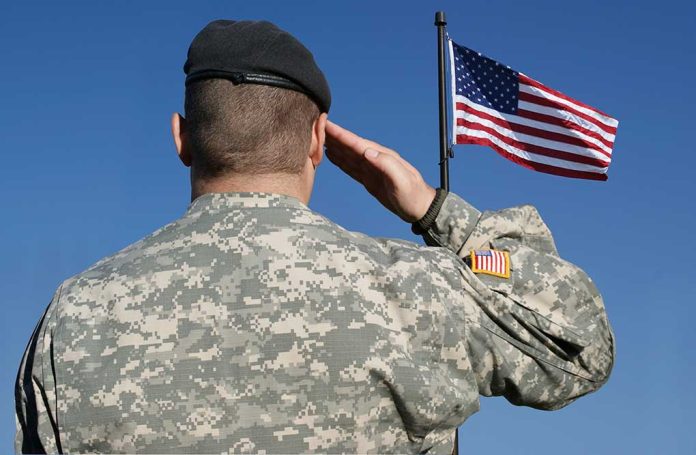 (RightWing.org) – Rep. Matt Gaetz (R-FL) continues to be a dominant conservative voice in American politics. A devout Trump loyalist, he’s pushed for accountability for those who would betray the former president, like Rep. Liz Cheney (R-WY), who voted to impeach Trump earlier this year.

He also pushes to honor Trump’s commitment to making America great again, in some cases starting in Washington, DC. For instance, last week, he introduced an amendment asking the House Judiciary Committee to begin its sessions with the Pledge of Allegiance.

I offered an Amendment to add the Pledge of Allegiance to our Judiciary Committee procedures in the spirit of national unity.

Every Democrat voted “no.”

Several mocked me for making the suggestion.

Sadly, as one might expect, Democrats serving on the committee not only voted unanimously against the measure — they mocked him for suggesting it as a means of celebrating patriotism and unifying the country.

This lack of basic common courtesy, combined with a lack of interest in displaying a love of country and unity, has become all too typical from the Left these days. Anyone claiming otherwise needs to look no further than Kamala Harris casting the tie-breaking vote to force the Democrat-sponsored COVID-19 relief bill through the Senate with zero support from Republicans.