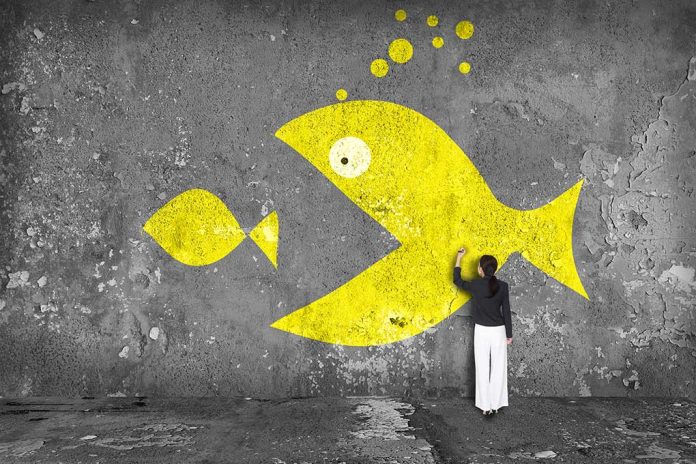 (RightWing.org) – It’s not often that the federal government prevents big corporations from buying smaller competitors. Antitrust laws are designed to enforce the rules that make the marketplace competitive. However, large companies often use their enormous checking accounts or other unfair behavior to stifle smaller competition or absorb them.

One Democratic senator is moving to ensure that it’s harder for corporations to behave unfairly or acquire small companies improperly.

Does America Have an Anti-Competitive Environment?

The answer to that question depends on who you ask.

According to the Senate Judiciary subcommittee’s new chair on antitrust, Sen. Amy Klobuchar (D-MN), the answer is an overwhelming yes. The senator is a long-time critic of the Federal Trade Commission (FTC). It oversees antitrust enforcement laws, but Klobuchar thinks it rarely enforces the law and allows companies to intimidate or buy smaller companies too easily.

Klobuchar introduced the Competition and Antitrust Law Enforcement Reform Act to overhaul federal policies. If passed, the bill would make it more difficult and riskier to acquire other companies. Over the last decade, some antitrust rule observers say that Big Tech companies like Facebook and Google got away with purchasing companies to protect their monopolies.

Critics say that the actions of large corporations stifle innovation, ingenuity, and hurt employees of the smaller businesses.

Is That the Whole Story?

While there is validity in the perception of wrongdoing, it’s not always that simple. In some instances, entrepreneurs and innovators purposely create technologies intending to get big paydays by massive companies no longer equipped to innovate due to their internal bureaucracies. They are not trying to be competitors necessarily. Some are trying to get noticed and bought out.

While that is one side of what’s happening, it’s also true that nefarious actions by big corporations do take place, and regulators do allow bad purchases to go through.

In theory, the legislation sounds appropriate so long as protections are in place for those small companies that want to be bought by large ones. As with all things in Washington, DC, the devil is in the details.