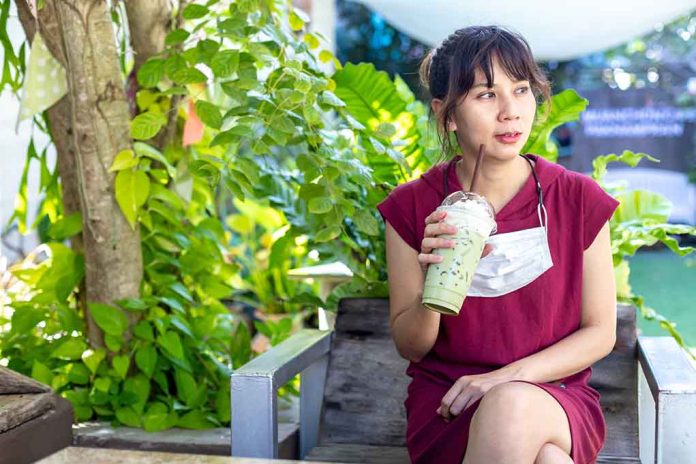 (RightWing.org) – The California Department of Public Health recently issued guidance requiring Californians to wear masks “in all indoor public settings, irrespective of vaccine status” for a four-week period ending on January 15, 2022. It later exempted San Francisco (where Newsom lives – hmmm) businesses and gyms with a high level of vaccinations with employees and patrons. However, it appears some California residents aren’t happy with the health department directive.

San Diego attorney Michael Curran recently pointed out that the health department guidance isn’t enforceable since it doesn’t rely on any legal mechanism or statute for enforcement. In short, it’s simply a directive and not a law or an executive order from the governor’s office.

The Sacramento Bee also raised that issue and pointed out several California counties and local authorities were ignoring the health department guidance.

Is it me, or are people just done with it all? https://t.co/5KuYdY4AMC

Likewise, several Californians took to their social media accounts to report people were ignoring the mask mandate where they live.

Another stupid mask mandate started yesterday in California. I'm pleased to announce that, unlike a few months ago, it is being ignored around here. Just went to the supermarket and the mask wearing is the same or less than it was a week ago. It's about 50%

Some Twitter influencers posted video clips and images of packed nightclubs and other indoor venues without a mask in sight.

If residents of one of the country’s most liberal states like California can openly reject mask mandates, it can happen anywhere!