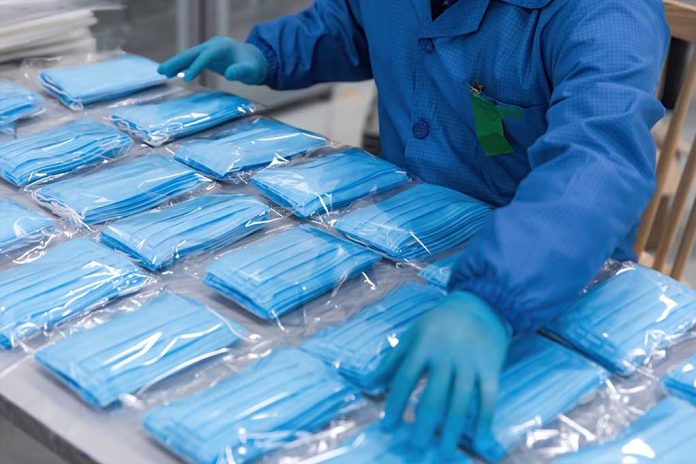 Mask Mandates REINSTATED – You Will Have No Choice

(RightWing.org) – Despite its draconian restrictions and mandates, California tops the nation’s record for COVID-19 infections, with roughly 10.5 million of the reported 89.9 total cases nationwide. It also tops the charts in deaths with 93,180 of 1,022,134 as of July 21. With a new variant making the rounds, the City of San Diego recently reinstated mask mandates in public schools.

The San Diego Unified School District recently announced that starting on Monday, July 18, “indoor masking [would] be required at all schools and District offices.” Officials said it decided to reinstate the mandate based on the CDC’s COVID-19 Community Level ranking system.

San Diego school board infuriates parents by bringing back masks: 'The audacity is completely unacceptable' https://t.co/nLoUDUv7to via @foxnews

Making matters worse, Unified School Board head Sharon Whitehurst-Payne confirmed that students refusing to wear masks would have to resort to attending classes online via Zoom. The board reached that decision despite the March release of a Harvard University’s Center for Education Policy Research study detailing the detrimental effect of remote learning on students.

As one might expect, there was pushback against the renewed mandate by infuriated parents. For example, Melissa Grace, the mother of a middle schooler and San Diego Rise Up founder, told Fox News it was “atrocious and hypocritical” for school board officials to reimpose mask mandates for students while allowing roughly 300,000 unmasked individuals to participate in a recent LGBTQ parade.

With the Biden Administration’s continued push for vaccines and masks, this renewed mandate can be coming to your city too. What do you think about your children’s welfare being left at the mercy of unilateral decisions made by local school district officials?