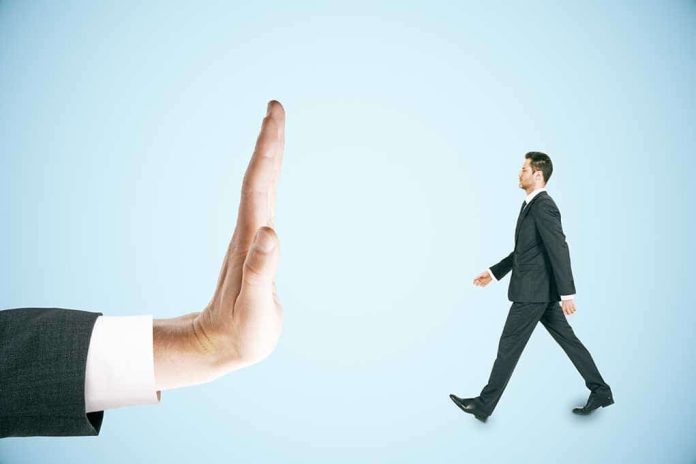 (RightWing.org) – If Senate Democrats hope to get much done the rest of the term, they may need to work with the GOP thanks to Washington’s most powerful person. Since Dems took over Congress and the White House in January, they’ve been on a leftist tear as they try to pass one piece of their controversial agenda after another. However, standing in their way is one moderate Senator who controls what legislation gets through and what doesn’t in an evenly divided Senate.

Hailing from deep-red West Virginia, moderate Democratic, Sen. Joe Manchin (D-WV), is under intense pressure to pass the Left’s agenda. On Sunday, June 6, Manchin pushed back and made it clear he’s not supporting their efforts to push through legislation on a party-line basis. He told Fox News that he officially opposes a left-wing attempt to overhaul the election system and end the filibuster.

Earlier this year, House Democrats passed HR1 to allegedly improve voter rights, end voter suppression, and federalize elections to force states to comply with the Democratic agenda to ensure the GOP loses many more elections than it wins. The legislation was in response to GOP efforts in several states to reform their elections and restore voter integrity. Senate Majority Leader Chuck Schumer (D-NY) was planning on bringing the bill to the Senate floor for a vote by the end of June.

Manchin said the bill was the “wrong piece of legislation” to unite the country, and that he wouldn’t support it “because I think it will divide us further.” The bill is opposed by all Senate Republicans and stands no chance of passing into legislation unless Senate Democrats agree to end the filibuster.

On Sunday, Manchin said there was no chance of that happening either as he opposed ending the filibuster that requires a 60 vote threshold to pass non-budget-related legislation in the Senate.

Manchin has repeatedly urged Democrats to compromise with Republicans. In an op-ed published in Sunday’s Charleston Gazette-Mail, Manchin argued that important legislation should not be partisan. If so, the West Virginia moderate said partisan divisions would continue to deepen and divide Americans.

The moderate Democrat added that eliminating the filibuster would give Democrats unbridled power and warned America and Democrats that “absolute power corrupts absolutely.”

Thank God there is one reasonable Democrat in Congress.

For the moment, that’s all it takes.