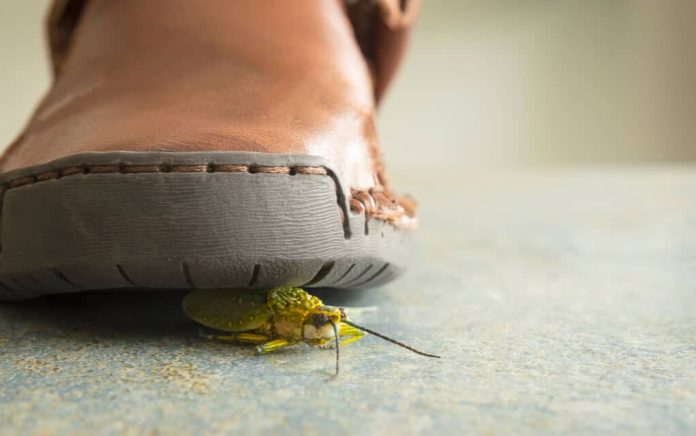 (RightWing.org) – On Thursday, September 30, the Left finally met their match and were pushed back harshly by moderate Democratic Senator Joe Manchin (D-WV). What Manchin did was serve the Left an intervention. They overreached and tried to pass a Bernie Sanders-style socialist agenda on a Joe Biden mandate. The writing was on the wall for months.

Manchin might have saved Democrats and the country from the Left. The West Virginian exposed the lack of common sense and forced the Democrats to stop ignoring the most powerful person in Washington, DC. In one fell swoop, he exterminated the socialist $3.5 trillion dreams of the Left. They will never forgive him for it. Don’t worry, Manchin had an answer for them.

Manchin Kills the Bill Formally and the Left Retaliates

It’s almost like we’re in middle school. The adults are acting like petulant children who aren’t getting their way. After Manchin broke the news on Thursday afternoon that he will not under any circumstance vote for the reconciliation bill, the Left excoriated him for not going along with their reckless agenda. They intend to hold the bipartisan $1.5 trillion infrastructure deal hostage — as if that’s going to change anyone’s mind.

In any negotiation, it’s about two things:

In the Senate, all 50 Democrats must agree to move a partisan package forward. That, by default, put the power in Manchin’s hands. He has all the leverage, while the Left has none. It doesn’t matter what the majority in the House wants because a bill must pass both chambers before it heads to the president’s desk. For months, Manchin said he would not vote for the $3.5 trillion reconciliation package and said his topline number was $1.5 trillion.

Manchin Has a Beef With Transforming America

The reconciliation bill was about one thing, and one thing only: fundamentally transforming America. It’s a cradle-to-grave program designed to create dependency on the government. To pay for the reckless agenda, the Left intended to increase taxes and weaponize the IRS against all of America. Manchin said enough is enough.

In an open letter on Thursday, the moderate Senator explained that he is not for expanding the welfare state and added the government couldn’t even afford Social Security and Medicare.

Before a group of media that afternoon, Manchin declared that he was not a liberal, was never a liberal, and is never going to be a liberal. He said if the Left wants to get something done, they’ll need to agree to his position or try to win more Senate seats in 2022. It’s that simple. Check out his complete statement challenging the Left to get more progressives elected. It’s worth the two minutes of your time:

Q: "What do you say to people who think you and Senator Sinema are holding this whole thing up?"

.@Sen_JoeManchin: "I'm not–we only have 50 votes…all they need to do, is we have to elect more – I guess for them to get theirs – elect more liberals." pic.twitter.com/uQxrn5sg7e

That’s right. Manchin openly defied and challenged the Left. What does this mean for America? The Left will likely kill the bipartisan deal out of retribution. It means the $3.5 trillion reconciliation socialist deal is dead without Manchin’s vote. It means the Left cannot transform America — for the moment.

Here’s what Manchin really did… he challenged the Left to take it to voters and see what they think. Will they vote for more Leftists in 2022, especially in the Senate?

Despite the legislative reality for the moment, the socialist push is not over. If anything, the Left is likely emboldened. Conservatives didn’t have to do a whole lot to stop the bill. Frankly, there wasn’t anything they could do. The Democratic infighting did it for them.

As the political season heats up after the first of the year and primary campaigns go into full swing, that’s when Conservatives will step in to try and win voters over. They’ll need exceptional candidates who are strong, capable, and ready for the arrows of the Left. It’s not just up to them. The rank-and-file voters need to do their part as well.

If Conservatives stick together, the path ahead is full of potential.