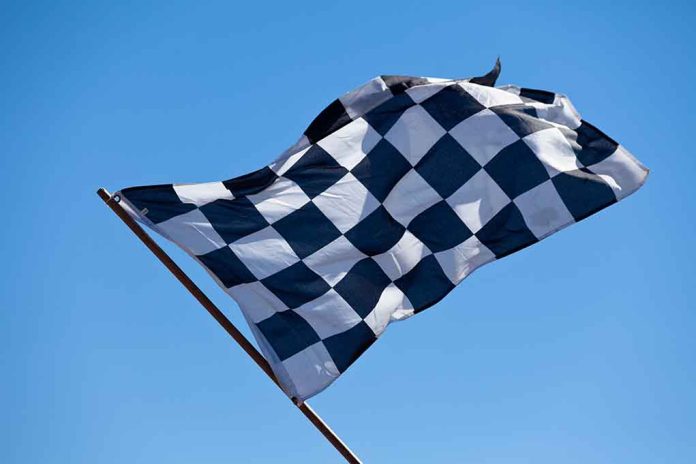 (RightWing.org) – A Michigan man is building a high-performance supercar in his own barn. He hopes to push it past 400 mph on a Utah salt flat when it’s finished. Jim Byerly’s Streamliner weighs two tons and is twice the length of a normal car. Touchingly, he sees it as a high-speed memorial to his late wife.

After 26 years of work, 86-year-old Jim Byerly and his Streamliner are almost ready to break a record & cross the top item off his bucket list at the same time https://t.co/leLjh6WgHD

Around the time he graduated from high school, Jim Byerly saw a magazine on a drugstore shelf — and it would change his life. That issue of Hot Rod caught his attention and sparked an interest in performance cars that, close to seven decades later, is about to deliver something spectacular.

Byerly, now 86, took up drag racing in the 1990s and has driven up to 140 mph. However, for the last 26 years, he’s been working on something with a whole different level of performance — a streamliner. These sleek monsters are capable of speeds of well over 400 mph, and when dragsters weren’t fast enough for him anymore, Byerly decided he wanted one of his own.

Now, at last, his 27-foot-long, 4,000-pound car is almost complete. His ambition is to take it to Utah’s Bonneville Salt Flats, a favorite location for high-speed attempts. In 2020, the world speed record for a piston-engined car was set there by Speed Demon 715, a gold-painted machine that looks like a fighter jet with no wings. It screamed across the flats on August 12, 2020, at 470.016 mph.

Now Byerly hopes his own car will break the record for E-Class streamliners. He’s planning to take the car to Utah in August, and while he won’t be driving it himself, he hopes to be there as it breaks 400 mph.

Byerly’s wife, Loa, was always supportive of his speed obsession, and when she died in 2020, that gave him the final push he needed to complete the project. He said she always told him, “I just want this to do what you want it to do.” If he keeps showing the vision and determination that’s brought him this far, the car will do just that in August.