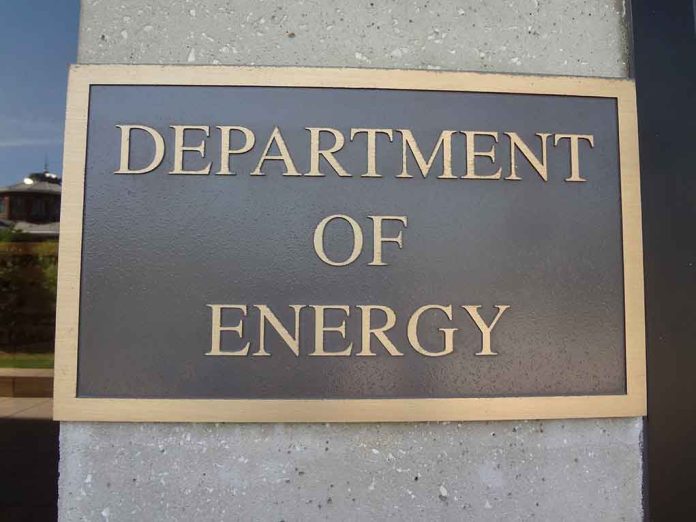 (RightWing.org) – Americans are struggling under the weight of record gas prices, which are now over $5 a gallon on average nationwide. The Biden administration claims it’s trying to bring prices down but isn’t actually doing anything. Maybe that’s because President Joe Biden’s energy secretary has made millions from electric cars.

On June 14, the Republican National Committee released a video showing Secretary of Energy Jennifer Granholm promoting electric vehicles (EVs) as the solution to rocketing gas prices. In the clip, Granholm compares the costs of filling a normal car with gasoline and charging an electric one; charging the EV, she says, is $60 cheaper. That’s true. In fact, at the rate gas prices are rising it’s probably more than $60 by now.

The problem is that electric cars are a lot more expensive than conventional ones; the average EV costs $56,437 — and a good chunk of that higher price has ended up in Granholm’s pocket.

But why does she promote EVs so heavily?

Could it be because up until she was nominated for the energy role in Biden’s cabinet she was a director of EV manufacturer Proterra? When she joined the administration, she resigned from the board and sold her stock in the company, earning herself $1.6 million. Granholm has a clear interest in the EV industry, and that makes her just about the worst person to deal with the current gas crisis.