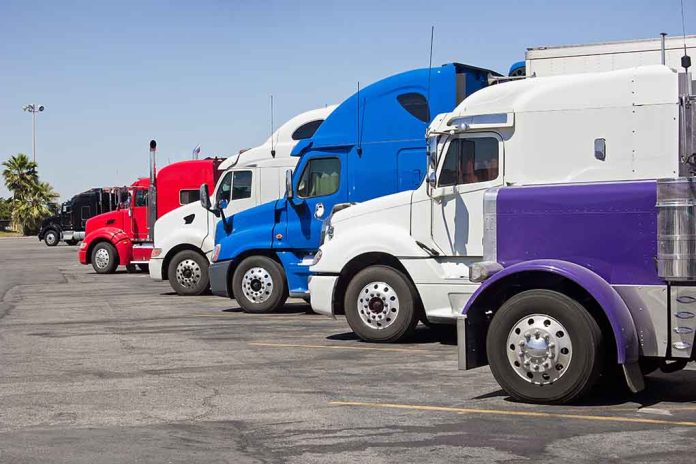 (RightWing.org) – In Canada, the Freedom Convoy protest has become the symbol of resistance to Justin Trudeau’s COVID crackdown. That’s why he’s trying so hard to shut it down. The truckers aren’t going quietly, though. Instead, the protest is spreading across Canada. Now, it’s spread to the US too.

On February 25, a convoy will leave Los Angeles and head for Washington, DC, in protest of the Biden administration’s disastrous COVID policies. An email from the organizers praised the work of the Canadian convoy, which has grabbed headlines around the world, and added “we’re going to boost the Freedom Convoy and include a MAGA Convoy too!”

On Monday, MAGA Convoy organizer Dion Cini told journalists there will be “many stops” between LA and the capital. He hopes former President Donald Trump and his sons will speak at rallies along the route. Cini said the convoy is about much more than vaccine and mask mandates; it aims to boost support for “American freedom in general,” which he believes is threatened by the Biden administration’s heavy-handed policies.

Cini hopes the convoy will continue for months, and make its presence felt in DC during November’s midterm elections. The organizers hope to raise $10M in donations to support drivers and their staff during the convoy.