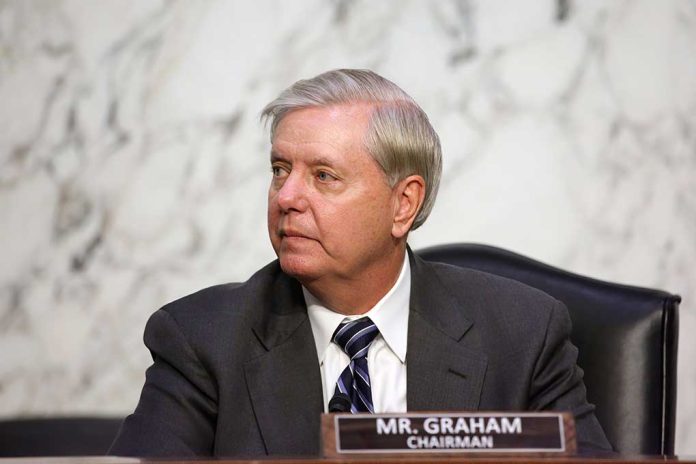 (RightWing.org) – There’s growing momentum among Republicans for a 2024 White House run by Florida Governor Ron DeSantis (R). However, it’s much too early to write off former president Donald Trump. A leading GOP senator has just confirmed if it comes down to a contest between the governor and former POTUS, he’s sticking with the latter.

On July 13, Senator Lindsay Graham (R-SC) told Fox News’ Jesse Watters he plans to support Trump if he seeks the Republican nomination in 2024 –- even if DeSantis is running against him. The South Carolina lawmaker said he likes DeSantis but continued, “I know what I’m getting with Trump… Trump sounds pretty good to me right now.”

Graham pointed out some of the highlights of Trump’s presidency, including a historic string of peace deals in the Middle East, his crackdown on illegal immigration and rebalancing the Supreme Court. He also contrasted Trump’s record with President Biden’s –- who has been begging Iran to get back on board with “a deal that’s terrible for the Israelis and the Arabs.”

The latest polling shows Graham is far from alone in remaining loyal to the former POTUS. While support for a second Trump run has recently fallen to 49% of Republican primary voters, he’s still far ahead of DeSantis, his nearest rival.

DeSantis is backed by 25% of Republicans, while none of the next four possible candidates –- Senator Ted Cruz (R-TX), former VP Mike Pence, Niki Hayley or Mike Pompeo –- make it into double figures.

Who do you think would win in a match between the two men?