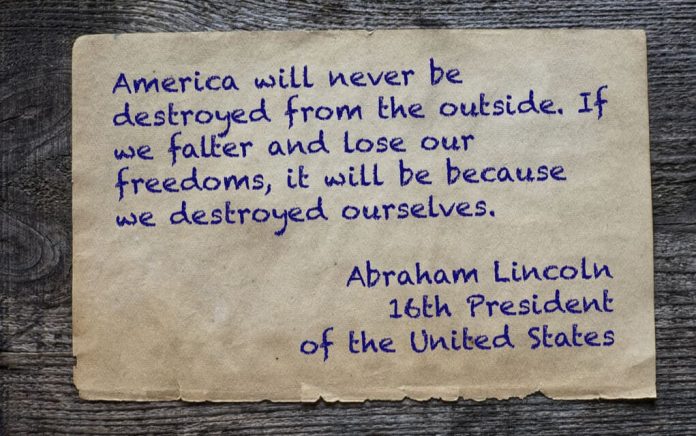 (RightWing.org) – The Lincoln Project, an anti-Trump political action committee set up in 2019 to sabotage the former president’s re-election campaign – but plagued by scandal over the sexual predations of founding member John Weaver – has sparked a new controversy by hiring its own supporters to investigate serious allegations against the group.

In January, Lincoln Project executives admitted there had been complaints about the behavior of John Weaver, a co-founder, alleged to have sexually assaulted dozens of young men and male minors over a period of years. The group says that was the first they’d heard about it – but now it’s emerged they knew as early as last June, and maybe even earlier.

Last Thursday, February 15, in a desperate attempt to put out the dumpster fire, the Lincoln Project announced they’d hired Los Angeles law firm Paul Hastings to investigate the allegations and improve their workplace culture. However, on February 16, it emerged that at least five partners at the firm have donated to the Lincoln Project. Are they going to carry out an unbiased investigation of an organization they support? Maybe – but who wants to bet on it?