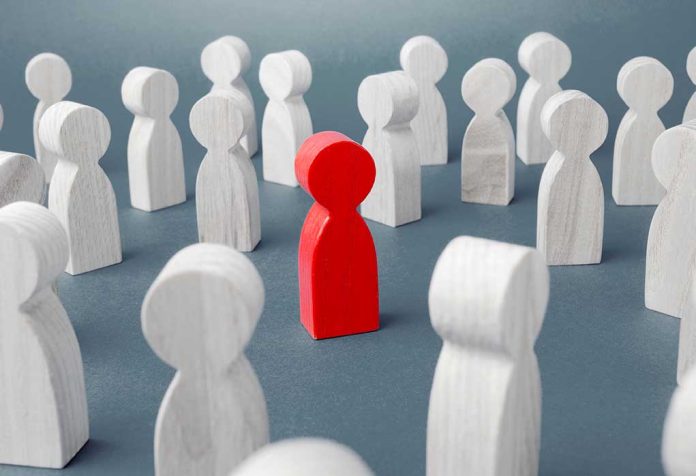 (RightWing.org) – Is America at an inflection point? For decades, Democrats accused Republicans of all kinds of outrageous shenanigans. In the old days, they tried saying the GOP wanted kids to starve at school, suggested that Republicans wanted to end social security and Medicare and to throw granny over the cliff through a graphic visual representation.

Over the last two years, America has awakened to who the Democrats really are, despite their denials for 30 years. As the party went further and further to the left, they began to expose themselves. The pandemic accelerated the process as they finally came out of the darkness and into the light. Wokeness is at an all-time high, and Americans are sensing that enough may be enough. It’s so bad that even in far-left San Francisco, voters recalled three school board members.

Is it a sign of what’s to come nationwide?

In 2016 and 2020, San Francisco voted for Hillary Clinton and Joe Biden with approximately 85% of the vote. However, it seems most people who vote for Democrats have a limit to how far the boundaries of decency can be stretched.

Let’s set the table and explain what happened.

In January 2021, parents began to express their discontent with the school board. Instead of focusing on returning kids to school, they slow-walked any idea of returning kids to the classroom. Instead, the San Francisco school board sought to change the name of 44 schools accusing Americans such as George Washington, Abraham Lincoln, and even Sen. Diane Feinstein (D-CA) of racism, white supremacy, and sexism — claims that were riddled with mistakes and inaccuracies. Then the school board eliminated competitive admissions at Lowell High School over social justice and equity. Lowell is one of the most elite high schools in the United States.

The wokeness forced parents into action. Several joined together to initiate a recall election, and surprisingly, San Francisco Mayor London Breed chimed in with full support of the measure. Three of the five school board members were eligible for recall. On Tuesday, February 15, they were ousted from office by voters.

In a thinly-veiled attempt to protect themselves, the three school board members played the Democratic playbook to astonishing failure. American Federation of Teachers union head Randi Weingarten went out of her way to label challengers to the school board as racist bumpkins.

School board President Gabriela Lopez, Vice President Faauuga Moliga, and Commissioner Alison Collins tried to defend their failed record saying they enacted agendas that voters cast ballots for when they elected them to the school board. The Democratic mayor criticized them for being distracted by national politics and political agendas.

The overwhelming majority of the community is Asian American. They felt that changing the admission standards to Lowell High School was a threat to their community, which values education and hard work. They also felt the move was a blatant discriminatory action against them. Many in the San Francisco Asian community believe that Lowell is a pathway to success and eroding it is detrimental to their future.

Still, Collins, who is black, tweeted in 2016 that Asian Americans were white supremacists. When the tweets resurfaced in 2021, she refused to apologize or resign under pressure from parents, the mayor, and other public officials. She attempted to sue the school district for $87 million last year. Fortunately for taxpayers, a judge dismissed the case.

Over the last year, public schools have grown into a massive political battleground. It appears that parents are up against the educational establishment made up of teachers, teacher unions, administrators, and school boards. Across the country in 2021, parents rose up against Critical Race Theory (CRT). The National School Boards Association (NSBA) labeled parents as domestic terrorists and persuaded the US Justice Department (DOJ) to aid them in intimidating parents to back down. It didn’t work.

Are Americans waking up to the threat the Left poses to the country’s future? It would appear that way. Democrats are in big trouble with Independents and Hispanic voters. Without them, they don’t have a prayer of winning elections.

November is approaching fast. No amount of Democratic spin can take away from parents’ experiences on the ground.

Education is a winning message for Republicans, and you’re likely to see it as a central campaign theme through the spring and up until the November election.