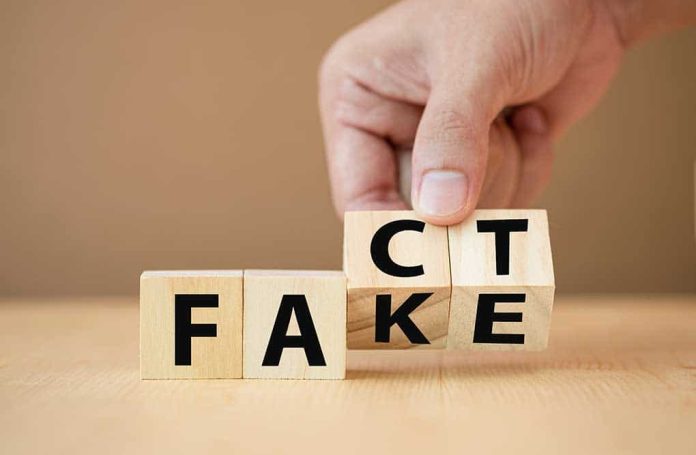 (RightWing.org) – Something seems inherently wrong about coming across the terms ‘liberal’ and ‘fact-checker’ in the same sentence. That being said, who exactly oversees the oftentimes self-appointed groups and individuals who present themselves as the guardians of truth?

NewsGuard presents a perfect case in point. The website rating company recently stirred up the wrath of Conservatives after standing behind its green shield “trustworthy” rating for Rolling Stone. The magazine circulated a false report about an Oklahoma doctor who reported local hospitals were overflowing with patients who had used ivermectin, a reputed COVID-19 treatment in some circles.

NewsGuard co-CEO Steven Brill told reporters his company was reviewing its positive rating for Rolling Stone, but either the wheels of its machine turn slowly, or it has no intention of reversing itself.

At the same time, NewsGuard handed out its green “trustworthy” badges to the likes of Rolling Stone and The Rachel Maddow Show, it also branded independent conservative sites like Epoch Times, Breitbart News, and TownHall with its “untrustworthy” red badge of shame.

NewsGuard, the Establishment "news rating" project that claims to fight untrustworthy media outlets, continues to give its seal of approval to Rolling Stone, a Leftist magazine that has repeatedly fallen for high profile hoaxes. https://t.co/Ccb05JxPh5

NewsGuard started its operations in 2018, offering a free rating system for websites. After being in business a couple of years, it suddenly broke the news to its app users it would start charging a monthly fee.

Breitbart News has bumped heads with NewsGuard over the years, accusing it of operating as a tool for legacy, or mainstream, media outlets to “blacklist alternative media sites.”

Either way, it’s curious that NewsGuard seems to target Conservative websites while giving Liberal sites a pass, even when they report verifiable fake news.