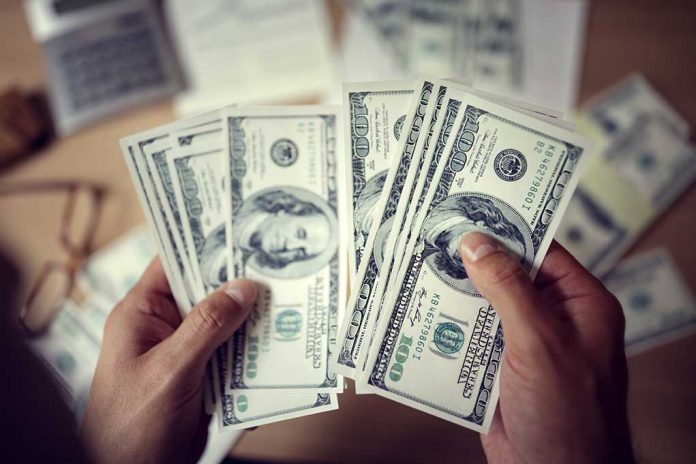 (RightWing.org) – After nearly eight months of various stages of shutdowns to combat COVID-19, Democratic governors across America closed parts of their economies just before Thanksgiving. As a result, the unemployment numbers swelled, increasing the likelihood of severe economic challenges. In December, employers shed 140,000 jobs, ending 7 months of job growth.

The new Democratic-led Congress seems to believe that opening the economy and putting people back to work isn’t the answer. Instead, trillions of dollars in new government spending will aid what ails America’s fragile economy. However, what exactly are the Democrats’ plans to pay for their massive demands?

Now that it appears Joe Biden will be inaugurated on Wednesday, January 20, and the House and Senate are led by Democratic majorities, America is likely to see spending like no other time in American history.

As it currently stands, without any new spending, the national debt is approximately $50 trillion. According to the Congressional Budget Office (CBO), the deficit grew three times the projected amount when the pandemic hit America hard in March 2020.

So, what is the Democrats’ answer to helping Americans?

Spend, spend, and spend some more.

On Friday, January 8, Biden said he’s preparing to roll out an economic aid package this week that will cost “trillions of dollars.” His proposal includes a $1,400-per-person direct payment, funds for schools to reopen, financial aid for renters and homeowners, and more.

Can It Pass Congress?

Last month, Congress added $900 billion in new debt to send Americans a $600 payment and increase funding for the Paycheck Protection Program (PPP). There are Republicans who called for the original $2,000 direct payment a few weeks ago and are inclined to pass it as a standalone bill. However, if Biden submits a liberal wish list and Democrats pile on more pork, then it could be a difficult bill for Republicans to go along with.

To spend trillions of new debt dollars, Democrats may go where no one has gone before. They may invoke the “nuclear option” and kill the filibuster in the Senate. To pass a massive spending bill, Democrats will only need a simple majority vote.

With the Green New Deal, Medicare for All, college debt reduction, and free college all on the table this year, Democrats are just getting started.

Let the spending begin… and get ready to pay for it down the road.