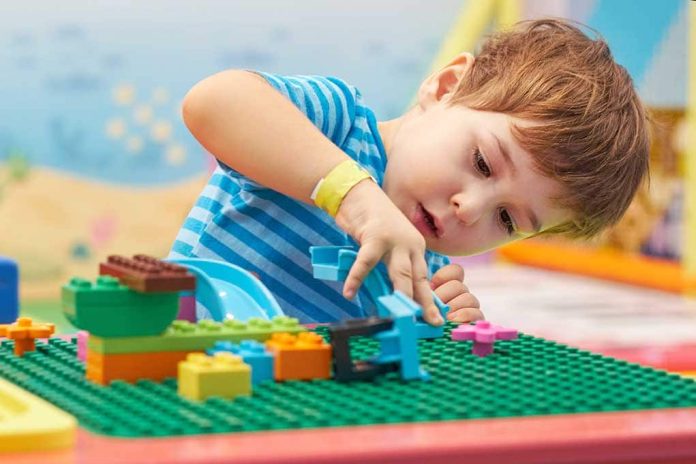 (RightWing.org) – Just in case anyone still doubted woke corporations have lost their grip on reality, Danish toymaker LEGO has announced it plans to remove “gender bias” from its small, colored plastic blocks.

Back in May, the satirical website The Babylon Bee made people laugh with a parody article about LEGO’s new “genderless bricks with no male/female connectors” and quoted a fictitious company spokesman talking about “those horrid male and female parts that imply they’re only supposed to fit in one direction.” Unfortunately, LEGO executives took the article seriously because genderless LEGO is about to become a real thing.

The decision comes after LEGO carried out a global survey of 7,000 children and parents, which found children – especially boys – don’t want to play with toys associated with the other gender. Apparently, nobody at LEGO realized this simply means boys don’t enjoy playing with girls’ toys, and they’ve taken it as a sign their products aren’t “inclusive” enough.

The big attraction of LEGO has always been it’s as “inclusive” as it gets; children or adults can assemble its bricks into nearly anything, from a custom dollhouse to a space laser death blaster. Now the company wants to abandon that and focus on woke products like LEGO City Wildlife Rescue and its LGBT-themed “Everyone Is Awesome” set, which users can assemble into a rainbow backdrop with some genderless LEGO people in front of it, or… well, that’s actually it. LEGO says it aimed these products at both boys and girls – but it’s more likely their only fans will be woke parents.