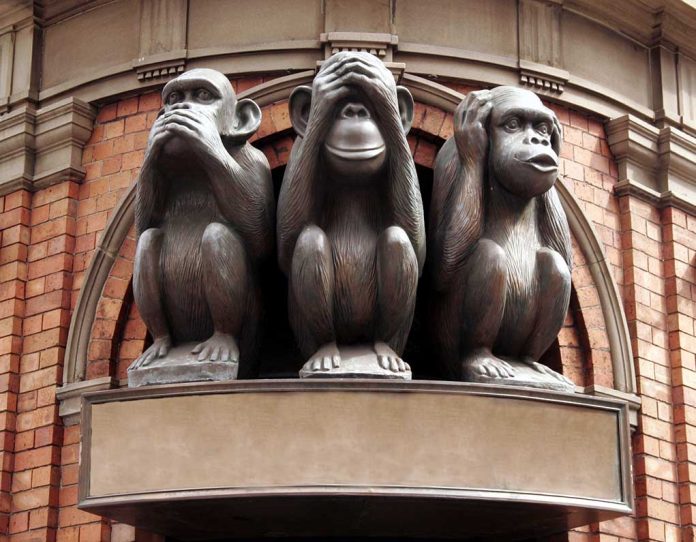 (RightWing.org) – It would take more than one hand to count all the scandals surrounding President Joe Biden’s son, Hunter Biden. By his own admission, he’s under federal investigation for potential violations of tax laws. Reportedly, prosecutors with the US Attorney’s offices for the Southern Districts of New York and Delaware are looking into his foreign income and possible violations of the Foreign Agents Registration Act (FARA). Most recently, a lawyer has accused the US Department of Justice (DOJ) of concealing hundreds of pages of documents pertaining to the first son.

On January 2, the Daily Mail published an exposé detailing allegations the federal government is concealing hundreds of pages of documents related to Hunter Biden’s payoffs and gifts reportedly received from his overseas business dealings. Colorado attorney Kevin Evans filed a lawsuit against the DOJ in March 2022, seeking those documents under the Freedom of Information Act (FOIA). Unsurprisingly, the president’s brother, Jim Biden, is also implicated in the potential criminal schemes surrounding that evidence.

What gift do you think China gave to Hunter Biden?https://t.co/K3EX3adnzD

Evans told the Daily Mail he requested documents related to “any relationship, communication, gifts, or remuneration in any form” between Hunter or Jim Biden and elements within the People’s Republic of China, Russia, and Ukraine.

According to Evans, DOJ officials already admitted that at least 400 pages of documents potentially related to the request exist. However, in an apparent about-face, the department says it can “neither confirm nor deny” the existence of those pages.

December 2021 already revealed that Hunter Biden is the target of investigations led by the US Attorney’s offices in the Southern District of New York and Delaware into allegations involving money laundering, his overseas business deals, and tax evasion.https://t.co/W6NUYsyuex

Evans says he did receive a few dozen pages of records, but they were all letters from federal lawmakers seeking information about Hunter and Jim Biden’s sketchy overseas business practices. He thinks the government will attempt to persuade the court to allow them to refuse to disclose the remaining documents based on the privacy exemption to FOIA granted by Congress when it passed the measure.

A total of 13 possible exceptions exist to the law, including any files related to ongoing criminal investigations, confidential or privileged trade secrets, and information classified in the interest of national security.