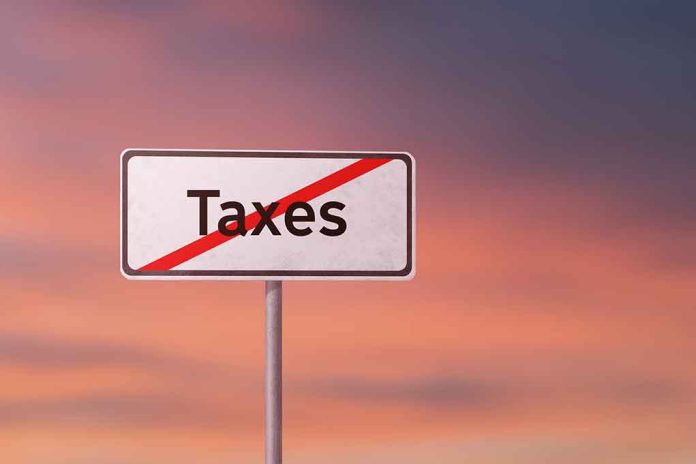 (RightWing.org) – Inflation is rising sharply and the Biden administration seems unable to do anything about it. Now some Democrat lawmakers are trying to achieve what their leader can’t – helping ordinary people cope with soaring living costs.

Arizonans are paying some of the highest prices for gas we've seen in years. It’s putting a strain on families when they fill up the tank.

Our bill will lower gas prices by getting rid of the federal gas tax through the end of the year. https://t.co/vc2e0yLuWS

Two Democrat senators have written a bill that could slow the rise in prices while giving Americans some relief from the impact. Senators Mark Kelly (D-AZ) and Maggie Hassan (D-NH) introduced the Gas Prices Relief Act on February 10; Hassan said “we must do more to help address rising costs, particularly the price of gas” and promised that the bill would make a real difference to families and workers.

The bill would suspend the federal gas tax, which adds 18.4 cents to the price of a gallon, until January 1, 2023. That doesn’t come close to covering the increase in gas prices, which the AAA says is currently almost a dollar higher than this time last year, but it’s enough to make a difference. The bill also requires the Treasury Department to monitor prices at the pump to make sure gas companies are passing the savings on to drivers.

Several states are now proposing either suspending their own gas taxes or freezing them at current levels. California, Colorado, Florida, Illinois, Ohio, Virginia, Maryland, Missouri, Tennessee, and Washington are all looking at reducing how much fuel tax they collect, while Illinois Governor JB Pritzker (D) also plans to drop the 1% grocery sales tax.

Prices are still rising, and ordinary people are still being squeezed. At least some Democrats are now waking up to the fact they need to do something about it.