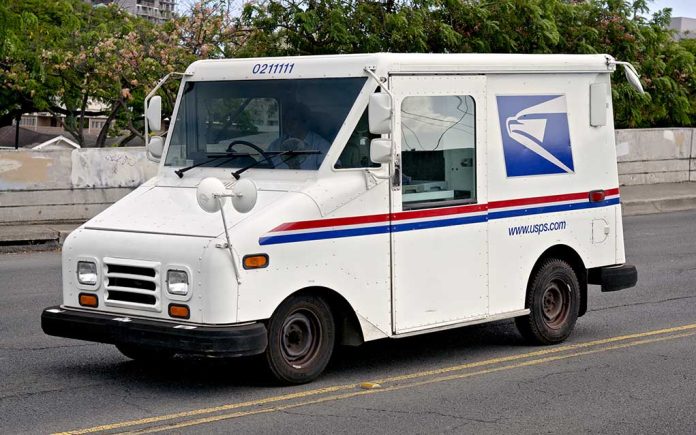 (RightWing.org) – On Tuesday, February 10, Democrats in the House joined together with 120 Republicans on to pass sweeping reforms to the United States Postal Service (USPS). Legislation within H.R. 3706 promises to fix decades of poor leadership and policy issues that continue to plague the delivery group.

Profitability sits at the top of the long list of the Post Office’s problems. It began operating at a net loss during the Obama administration and is now projected to run out of funds by 2024.

Sustainability is also a key concern for the USPS. Laws require that it fund postal workers’ pensions and medical coverage for decades, making it difficult to turn a profit. The new House bill alleviates that pain point and makes major changes for future employees, saving billions of dollars.

Future employees must sign up for Medicare when they become eligible rather than the USPS paying for private insurance, which saves up to $23 billion. But, H.R. 3706 also removes the requirement for benefits to be funded so far into the future, shaving off another $27 billion.

Finally, the way the USPS operates is also getting a major overhaul. The new bill requires letter and package delivery six days a week and sets new standards for transparency. The agency must create a public dashboard highlighting service performance statistics. It must also report to Congress semi-annually, adding a layer of accountability.

DeJoy, who stood by the USPS through difficult times during the pandemic, will be the driving force to implement changes made by Congress. Unfortunately, his efforts to reduce costs by cutting back hours and eliminating overtime for mail carriers went largely unappreciated by the Left, who must now count on his leadership.

Democrats, who have a history of clashing with Postmaster DeJoy, must now hope he can implement the next generation of changes to the USPS. With the mail carrier already struggling under the weight of increased demand from the pandemic and a sudden influx of free COVID-19 test kit deliveries, he has his work cut out for him.

A companion bill in the Senate spearheaded by Senator Gary Peters (D-MI) currently holds a filibuster-proof majority, with 14 Republican sponsors signing on. President Joe Biden signals he’ll sign the bill into law. The Biden administration said in a statement that it “supports efforts to strengthen the United States Postal Service.”