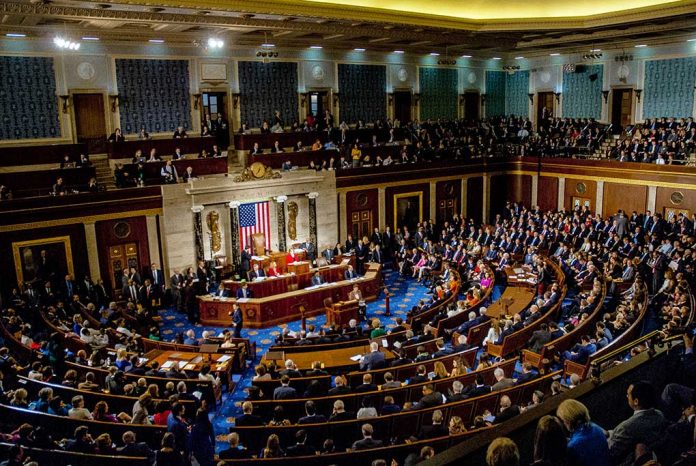 (RightWing.org) – By all accounts, the Biden administration has botched the rollout of the COVID-19 vaccines. Out of work Americans anxiously await the next round of relief payments, but Democrats can’t seem to find the time to sit down with Republicans and sort out the details.

They have managed, however, to find the time to conduct another impeachment trial against Donald Trump, even though their chance of success is somewhere around zero or less. For example, 44 senators voted to end the witch hunt on Constitutional grounds on Tuesday, February 9.

44 Republicans voted against proceeding with the #ImpeachmentTrial against former President Trump, the clearest signal yet that the Senate will ultimately acquit him. https://t.co/nuyxrq5UcJ

Three senators spoke out about the vote, saying it signaled the likelihood of Trump’s acquittal. Sen. Mike Braun (R-IN) pointed out only one senator changed their vote from the one they took a couple of weeks ago about dismissing the article.

Sen. Josh Hawley (R-MO) had a similar take on the vote, saying he doubted any Republicans would change their minds during the trial. Sen. Kevin Cramer (R-ND) said he didn’t see a pathway to a vote for conviction from senators who considered the trial unconstitutional.

Too bad Democrats seem to have prioritized undermining Donald Trump’s legacy over doing their jobs and taking care of the American people.