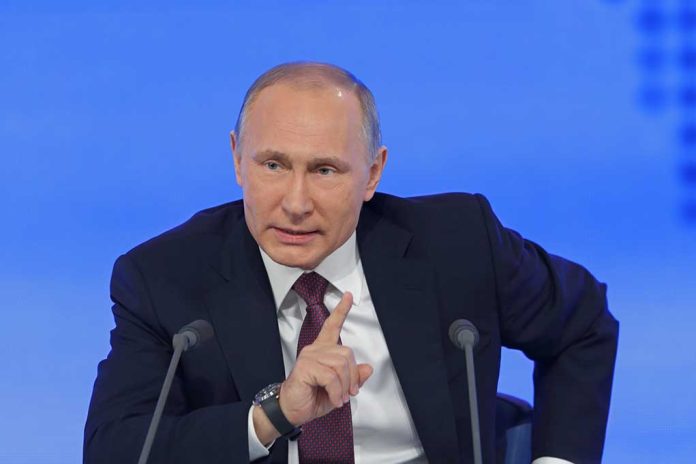 (RightWing.org) – The Biden administration, desperate to repair its shattered reputation for foreign policy after the Afghanistan disaster, has hit Russia with a range of sanctions over its invasion of Ukraine. Who are these sanctions really hurting, though? It turns out it isn’t Russia that’s suffering. It’s us.

The Russian sanctions are truly damning Americans to a harsh financial reality! https://t.co/RbeafWL17S

Biden’s sanctions aim to destroy the Russian economy by forcing them to default on their national debt — but economists are saying that isn’t likely to work. The problem is that while the US national debt is past $30 trillion and still rising, Russia’s is a fraction of that size. Last year, it was just $39 billion. With the oil and gas the country is still selling to China, India, and even some EU states, it can easily service the debt on that.

The administration might also have underestimated the size of the Russian economy. Either way, it’s turning out to be a lot more resilient than anyone expected; despite the sanctions, Russia is paying its debts and there’s no sign of an economic collapse.

On the other hand, with sanctions cutting off the flow of Russian goods to the US, consumers here are taking a hit. According to The Economist, Russia and Ukraine together produce 12% of the world’s total calories with their vast crops of wheat and sunflowers, and now most of that is off the market. That’s one of the factors pushing up food prices, at the same time oil sanctions are hiking the cost of gas. With Russia also being a major supplier of many other vital components of fertilizer to grow crops around the world, sanctions are a major driver of the cost of living crisis. And that’s hitting us a lot harder than it’s hitting Russia.