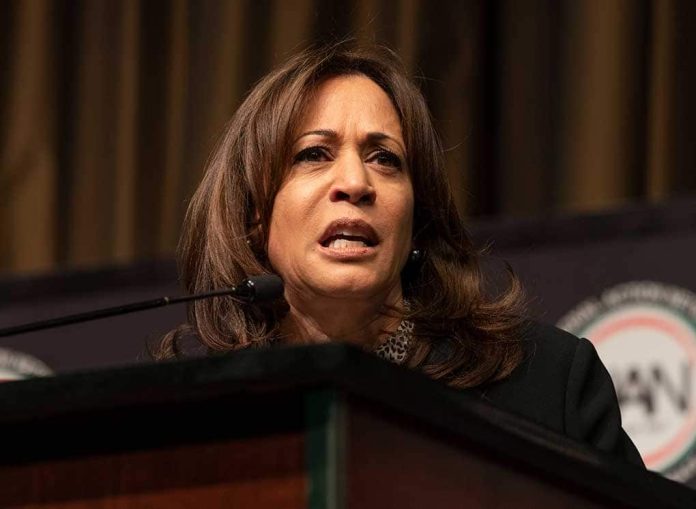 (RightWing.org) – Once upon a time, the ultra-liberal Los Angeles Times had a love affair with Vice President Kamala Harris. On inauguration day, January 20, the newspaper announced it would devote an entire section of its website to Harris and her “historic rise” to the vice presidency. It also created an Instagram account to chronicle her hoped-for accomplishments using the photo-sharing social media platform. However, it appears that its interest in maintaining its pro-Harris propaganda campaign has waned in recent weeks.

As of Thursday, August 12, the Los Angeles Times only published two articles on its “Covering Kamala Harris” webpage for the entire month so far. One of them focused on her husband, Doug Emhoff, representing the United States at the recent Paralympic Games. Oddly enough, the second article tracks Harris’ current polling, asking “What Does America Think of Kamala Harris?” in its caption.

Looking at the Los Angeles Times‘ latest figures, 49% of Americans have an “unfavorable opinion” of Harris. The August 10 figure also shows a mere 45% approval rating for Harris, giving her a net rating of minus-four points. A quick review of the accompanying chart shows a consistent rise on the unfavorable line and a drop in those with a favorable opinion.

The Los Angeles Times Instagram page fared even worse. It posted its last image on May 28, a promo for an article on its website discussing her then-upcoming commencement speech at the US Naval Academy on June 2.

Bad publicity has followed Harris for months, to put it gently. She has failed to secure the nation’s southern border, rumors abound regarding a hostile work environment in her office, and her polling numbers continue dropping by the Los Angeles Times‘ own admission.

So is it really a surprise the LA Times appears to have turned its back on the vice president?