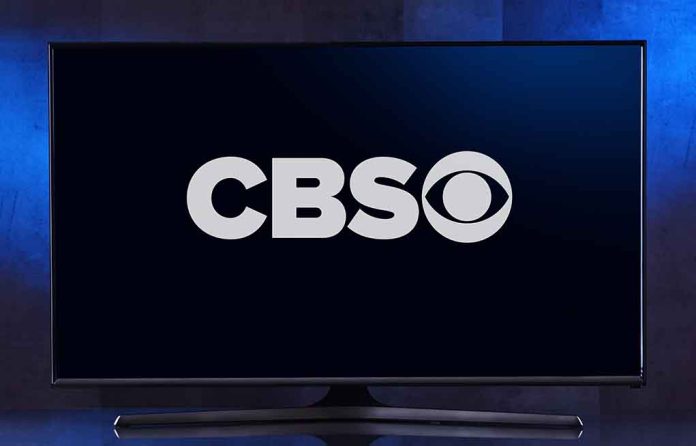 (RightWing.org) – Free speech rights are a routine center of debate in America. Freedom of speech and expression are enshrined in the First Amendment of the US Constitution. Yet, some in the entertainment industry have used it to score political points or influence their audiences’ political views. In doing so, some have told stories about politicians that were untrue in fictional formats.

The latest occurred in the series finale of the CBS program, “The Good Fight.” On Thursday, November 10, some of the audience of the Paramount+ show were stunned when one of the fictional characters claimed he was sexually assaulted by Florida conservative Governor Ron DeSantis (R). The question is, does the governor have any legal recourse, and does Paramount have protected free speech rights?

In the series finale of “The Good Wife” spinoff, a gay character, who is an intern of the governor, accuses him of sexual assault during the popular conservative yearly convention, CPAC. The lead character, attorney Diane Lockhart (played by Christine Baranski), dismissed the allegation even though the supposed victim says he has DNA evidence.

By the end of the episode, Lockhart builds a case against the victim, who ultimately admits he lied to harm DeSantis’ reputation in hopes it would catapult former President Donald Trump to victory in the 2024 presidential primary.

The show’s storyline caused a furor on Twitter as people complained and questioned if the governor could make a legal case against the show for labeling him a possible sexual predator. Still, others argued it was the first hit job against the Florida governor in the 2024 presidential season.

Twitter erupts over CBS's 'The Good Fight' finale which has character accuse DeSantis of being sex offender'https://t.co/mKoV7VKmdD
I hope DeSantis sues and winds up owning CBS!

Does the Show Have First Amendment Protections?

Over the years, the US Supreme Court (SCOTUS) has wrestled with free speech and what is and is not allowed. In 1964, justices ruled in New York Times v. Sullivan that “erroneous statement is inevitable… and that it must be protected.” The opinion noted how defamation of a public official didn’t warrant damages for false statements, and to win in court, an elected individual would have to prove the speaker knew the statement was a falsehood and “recklessly disregarded” the truth.

The challenge is this… the 1964 case dealt with false statements from the media towards politicians. What about fictional entertainment? Does it share the same scrutiny?

In 2016, former US Senator and Motion Picture Association of America Chairman and CEO Chris Dodd said free speech was vital to film and TV production. He said the Constitutional right undergirded all other rights, and he took pride in “protecting the rights of filmmakers to tell their stories,” as well as audiences to watch them. The op-ed came as Georgia passed a new law that made it easier, faster, and cheaper for the courts to throw out cases against the entertainment industry that targeted free speech.

According to US Courts, a government website, freedom of speech entails numerous things, including the right not to speak, using offensive words in political messages, donations to political campaigns, and engaging in symbolic discourse.

As of Monday morning, Governor DeSantis had not publicly responded to the show.