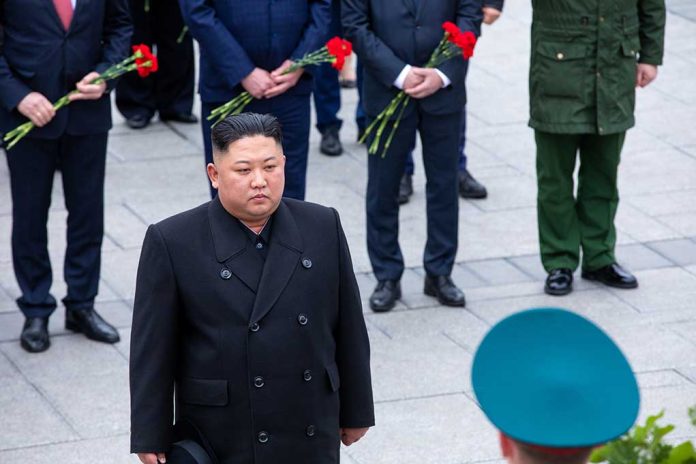 (RightWing.org) – North Korea’s Stalinist regime has declared victory over COVID-19 and announced an end to all lockdown measures. The one-party state has been very secretive through the pandemic, and for a long time denied having any cases at all. Nobody knows how badly the disease has affected the country — and in fact, the North Korean government might not know either.

On August 11, Kim Jong-un claimed that his regime has beaten the Chinese coronavirus and declared an end to the “maximum anti-epidemic measures” imposed in May. North Korea has reported no new cases since July 29 and claims that only 74 people have died from the virus through the pandemic — but the World Health Organization is skeptical.

The UN agency says North Korea has limited testing capabilities and doesn’t really know how many cases they have. So does Kim really think the disease is under control, or is there another reason for ending lockdown?

North Korea is an economic basket case and most of what international trade it does have is with China. That trade has been decimated by lockdowns, falling by 77.7% in the first year of the pandemic. Now, Kim hopes to rebuild trade by focusing on a new partner — Russia. Increasingly isolated by sanctions, Russia is running out of people to trade with and North Korea is one of the remaining options. There are already signs the two countries are cooperating more closely, so it’s quite possible that Pyongyang has ended its lockdown to make commerce easier.