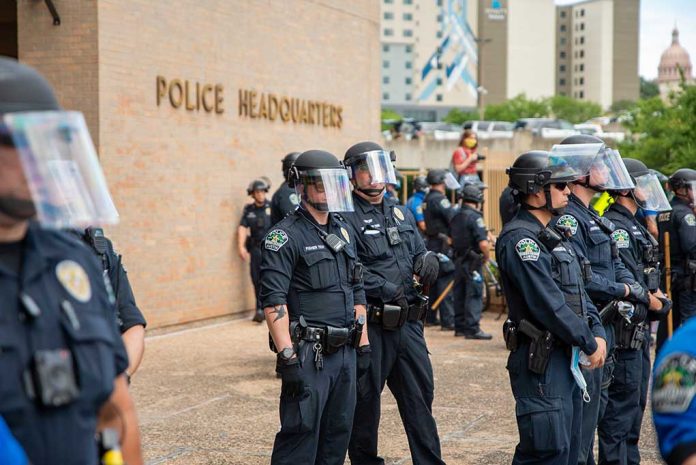 San Francisco Approves Lethal Robots To Be Used by Police

(RightWing.org) – Generally speaking, San Francisco remains a refuge for extreme liberal policies, particularly when it comes to its draconian gun restrictions. For instance, local ordinances limit retail firearms and ammunition sales within city limits. Likewise, with few exceptions, it’s against the law to fire a gun in a public place. Yet, in a seeming contradiction, the leftist Mecca recently approved the use of killer robots by the police.

On Tuesday, November 29, the San Francisco Board of Supervisors voted to pass an amendment authorizing police officers to kill suspects using ground-based robots “when loss of life… is imminent” and law enforcement officials “cannot subdue the threat after using alternative force options,” according to recent news reports.

District 3 Supervisor Aaron Peskin told the San Francisco Chronicle an “extraordinary circumstance” could arise where police officers “might want to deploy lethal force” to prevent someone from harming others. According to the Chronicle, police officials support the measure as part of an effort to stop violent suspects like suicide bombers and mass shooters.

The notion of lethal robots isn’t unique to San Francisco. In 2016, Dallas police officials used a robot to detonate a bomb next to a suspect after a shooting spree that left several police officers dead. Police Chief David Brown told reporters at the time that officers “saw no other option” to prevent further loss of life.

The new amendment must pass a second vote by the Board of Supervisors on December 6, and Mayor London Breed must sign off on it before the local police can begin deploying the robots.

What do you think about the measure? Is this an effective police tool or a disaster waiting to happen?